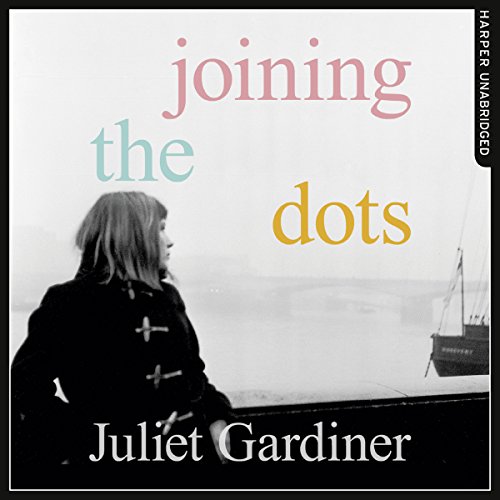 By: Juliet Gardiner
Narrated by: Eve Karpf
Try for £0.00

From Britain's leading social historian, a lyrical look at the changes to women's lives since 1940, told with examples from her own life. The audiobook provides an intimate, brilliant account of feminism over the last six decades.

'A young woman wearing a navy-blue duffle coat stood shivering in the vaulted Victorian booking hall of Temple Meads station in Bristol looking uncertainly around her. It was 1st January 1960, and the woman was me. I was 16 years old, and I had run away from home.'

Over the next 10 years, the world changed around young Juliet Gardiner - as it did for most women in Britain. It was the start of a decade that was to be momentous for Britain's history - politically, economically, socially and culturally.

As one of Britain's best-known social historians, Juliet Gardiner writes here about the span of women's lives from her birth during the Second World War to the election of Margaret Thatcher as prime minister. Using episodes from her own life as starting points to illuminate the broader history in society at large, she explores changing ideas towards birth and adoption, the importance of education for girls, the opportunities offered by university and expectations of work and motherhood, not to mention her generation's yearning for freedom.

Everyone has his or her history and at the same time is part of history, as this audiobook so perceptively and beautifully demonstrates. As a work of living history, both lyrical and personal, Joining the Dots is an accessible and empowering story of how one mid-20th-century woman grew into a world so different from the one into which she was born. It is a story of bed-sits, sexual choice, motherhood and marriage, feminism, family planning and professional ambition.

"The cinematic clarity of Gardiner's descriptions of accidents and ceremonies tells more about the decade than a page of statistics...or the depth of its research, the quality of the writing and the sheer richness and vibrancy of the material, this is a quite outstanding work of social history." ( Telegraph)
"A definitive, vividly detailed book on a complex decade, which is a joy to read." ( History Today)
"It is comfortably the definitive account of a decade that has been much maligned." ( Daily Telegraph)

What listeners say about Joining the Dots

Women through the ages

Being of a certain age I could identify with the author and see such changes in the lives of women and more to come. An easy read and I enjoyed how she intertwined her own life with the history of the time.

Would you consider the audio edition of Joining the Dots to be better than the print version?

I loved the gentle way Eve Karpf narrated the book. It was like sitting in the same room with her and listening to the story unfolding. I haven't read the print version but if I read more Juliet Gardiner in book form I will probably hear the voice of Eve Karpf.

What was one of the most memorable moments of Joining the Dots?

The epilogue came as a complete surprise. It was very moving

I loved hearing about the changes in womens' lives during Juliet's lifetime so far. I particularly enjoyed the pieces about living on the Span estate. I wasn't aware of these houses and found this fascinating. Her honest portrayal of her marriage and the challenges she faced were really interesting.