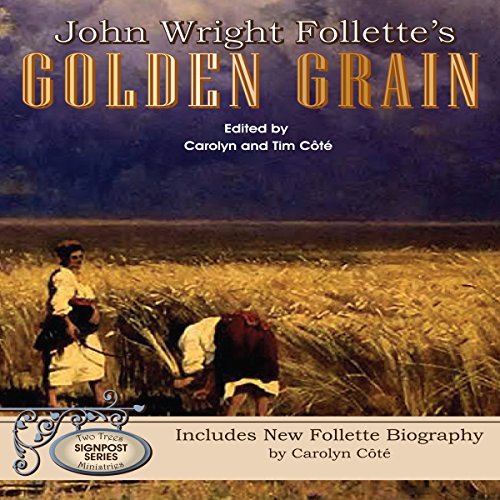 By: John Wright Follette
Narrated by: John Dzwonkowski
Try for £0.00

First published in 1985, Golden Grain is a compilation of Follette's 80 years of insights into what God is building into his church. Follette distinguished himself from the average Pentecostal of the 20th century by calling out those who sought the manifestations of the Holy Spirit for their own purposes. Though he was at times labeled anti-Pentecostal, he was undeterred in his exhortations against only the inauthentic, flesh-driven expressions that others embraced. As relevant as ever, Follette blazes that narrow trail through his legacy of written and recorded messages.

A real treasure of book that reveals profound Christian truths in an easy to understand way. The narration was really engaging too. Have since bought the book which I’m sure will be read many times over.

Everything about this audio book was great, the readers voice was so enjoyable. John Wright Follette's writings are encouraging, uplifting, unique, draws us closer still to our Lord.
Thankful to those who took these writings of Follette to audio.