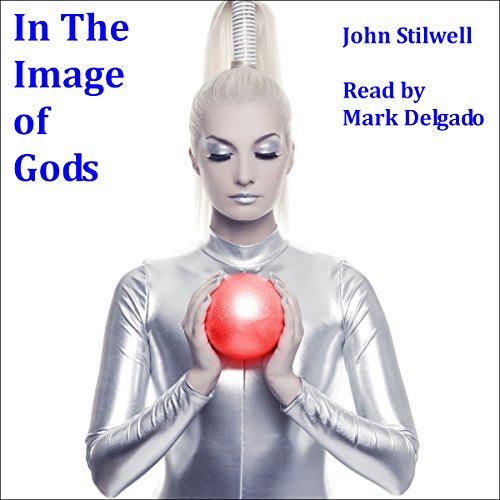 In the Image of Gods

By: John Stilwell
Narrated by: Mark Daniel Delgado
Try for £0.00

Two college students take a six-month internship on starships which launch them into an adventure neither expected. When two beings possessing super-technology rampage across the galaxy killing star system after star system, they bring a ruthless galactic empire into violent conflict with the unprepared human race. Marooned in deep space, in orbit around a black hole, Gail Parker becomes the only hope for humanity when she stumbles across an immensely powerful ancient machine that has the ability to do the unimaginable.

This novel tells the story of the beginning of the human/Qwelleron interstellar war later chronicled in six short stories in The Puppy of Doom and Other Stories.

What listeners say about In the Image of Gods

Bad performance of good material, Very wooden speech patterns and attempts at creating character voices is hideous, and laughable. I would rather read this than listen to it.

I really enjoyed the story and the Pfreformance.

The story is the first I have heard of this kinda story line. Very interesting. If you suddenly gained god like powers would you be a decent god or a cruel one.