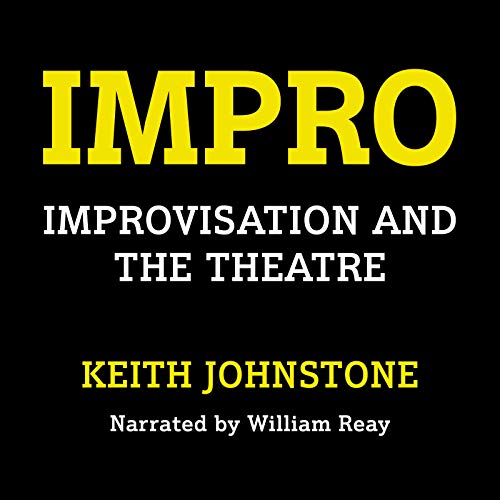 By: Keith Johnstone
Narrated by: William Reay
Try for £0.00

"Impro is the most dynamic, funny, wise, practical, and provocative book on theatre craft that I have ever read." (James Roose-Evans, British theatre director, priest, and writer)

Keith Johnstone's involvement with the theatre began when George Devine and Tony Richardson, artistic directors of the Royal Court Theatre, commissioned a play from him. This was in 1956. A few years later, he was associate artistic director, working as a playreader and director, in particular helping to run the writers' group. The improvisatory techniques and exercises that evolved there, fostering spontaneity and narrative skills, were developed further in the actors' studio and, then, in demonstrations to schools and colleges. This ultimately resulted in the founding of a company of performers called The Theatre Machine.

Divided into four sections - "Status", "Spontaneity", "Narrative Skills", and "Masks and Trance" - and arranged more or less in the order a group might approach them, the audiobook sets out the specific techniques and exercises which Johnstone has himself found most useful and most stimulating. The result is both an audiobook of ideas and a fascinating exploration of the nature of spontaneous creativity. This audio edition of Impro is skillfully narrated by William Reay and includes as a second appendix a previously unpublished essay "The Full Mask", which Johnstone wrote 50 years after the original publication of the book.

What listeners say about Impro

Engaging, enlightening, and beautifully narrated by William Reay, whose delivery held my full attention, demonstrated a very good understanding and brought humour and humanity where it was due.

I'm a discovery writer and this book has been a godsend to me. Mr Johnstone details his decades of practical experience freely and truthfully. there are real exercises and knowledge based on constant application, not ruminating. if you are creative, this book will provide for you a magic carpet. if you're devoid of creativity, here lies the key to unlock within what was lost.

whoever wrote the previous review for this book obviously was confused. I thoroughly enjoyed this book. Especially the section about status. I read the book years ago and it’s a joy to listen to this wonderful narration!

I seen this lady on YouTube recommend this book so I figured I'd pick it up and give it a try. 1 hour in and I don't get the angle nor the understanding of where the author is coming from. I thought we was going to get straight into the improv learning but it's a lot of quotes and reenactment of plays going on and I'm not understanding. Overall, this book does not get straight to the point.