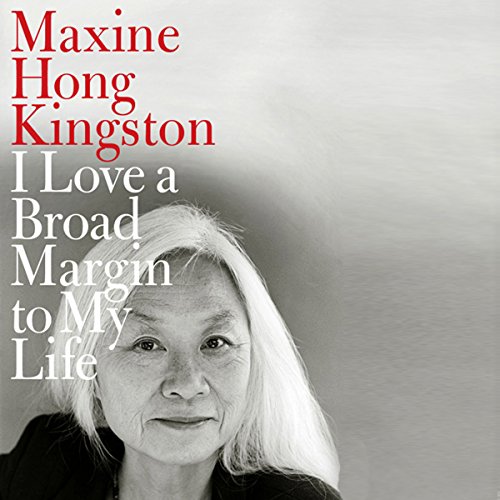 I Love a Broad Margin to My Life

Born in 1940, one of eight children, Maxine Hong Kingston is the daughter of Chinese immigrants to America. Her father, a scholar in China, ran a laundry business and a gambling house in California; her mother, a doctor in China, helped with the laundry and worked in the fields. Maxine won scholarships to the University of California at Berkeley, where she returned to teach as Senior Lecturer in the Department of English. But alongside her academic life, she had embarked on a career as a writer, and her extraordinary books have become key texts in the American canon. In many ways this memoir recalls her first major work, The Woman Warrior, in which she blended Chinese myth with fiction and autobiography to reflect on her mother's past life in China and the experience of immigrants to America.

In I Love a Broad Margin to My Life, she writes from the point of view of being 65, looking back on a rich and complex life of literature and political activism, always against the background of what it is like to have a mixed Chinese-American identity. Passages of autobiography, in which she describes such events in her life as being imprisoned with Alice Walker for demonstrating against the Iraq war, meld with a fictional journey in which she sends her avatar Wittman Ah Sing on a trip to modern China. She also evokes her own poignant journey, without a guide, back to the villages of her father and mother. Beautifully written, endlessly thought-provoking, this is an important book from one of the major writers of her generation.

“In narrating her own memoir, literary writer Kingston gives her words just the lyrical quality she intends. She speaks with emotion and passion about her life's journey, bestowing each word with significance….The meaningful events of her life unfold a culture clash of past and present, East and West—all of which are woven into her personal stories and colorful imagery.” (AudioFile)