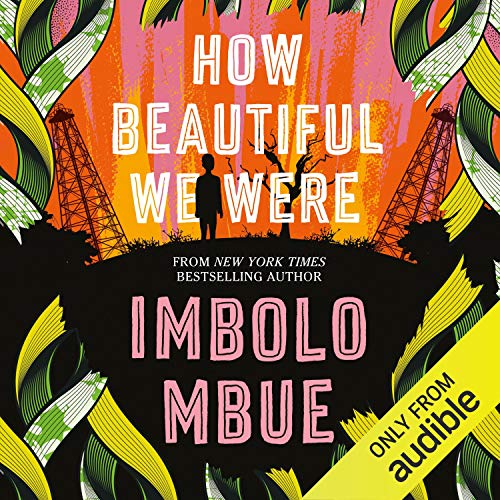 How Beautiful We Were

Set in the fictional African village of Kosawa, How Beautiful We Were tells the story of a people living in fear amidst environmental degradation wrought by an American oil company. Pipeline spills have rendered farmlands infertile. Children are dying from drinking toxic water. Promises of clean-up and financial reparations to the villagers are made-and ignored. The country's government, led by a brazen dictator, exists to serve its own interest only. Left with few choices, the people of Kosawa decide to fight back. But their fight will come at a steep price, one which generation after generation will have to pay.

Told through the perspective of a generation of children and the family of a girl named Thula, How Beautiful We Were is a masterful exploration of what happens when the reckless drive for profit, coupled with the ghost of colonialism, comes up against one community's determination to hold onto its ancestral land and a young woman's willingness to sacrifice everything for the sake of her people's freedom.

What listeners say about How Beautiful We Were

A beautiful and heartbreaking narrative, that rings with truth about the intergeneral damage caused by the colonial and post-colonial world.

Rarely do I come across a book where I am satisfied with the ending. It has deception, occupation, intrigue, manipulation, corruption, but also love, colour, community, family, loyalty.

At times it feels like you are reading about the future or some other point in time but it’s the way the author carries you through each point in the timeline so fluidly.

If you are looking for emotion, layered perspectives, a story that moves you to thought and feeling. You will find it here.

So many points of relevance about what the world is coming to and what it has been. It feels real because the points raised are subtle but poignant. Not enough to anger or bring great joy but close enough to touch.

Many of us hold a space called Kasawa in our hearts.

This is going in my book club recommendations list. Brilliant narration and flow. My soul needed this

Although it was an interesting story, I got bored and couldn't wait to finish the book.

The different perspectives of the narrative drove the storyline along nicely, but I think it was a bit too long.

I was hooked from the beginning. Sadly this story still happens. In the south of Nigeria where crude oil is extracted is polluted and destroyed. The Nigerian government is too corrupt to care.

This book is more about African culture than the central theme which could have have been used a lot more. The narrators were excellent.

I found this a really powerful listen - thoughtfully-written, thought-provoking, and with some beautifully considered ideas about community, character and the ethics of exploitation and how this affects them. Mbue’s writing is beautiful, and the narration by several different narrators (all excellent) made for a very satisfying listening experience.

Taken on a journey on the lives of these characters. Some powerful themes and messages to consider. Melancholic & beautifully written. The narrators do an excellent job telling the story.

This is the first book of Imbolo Mbue that I read. This story was beautifully written and narrated. Imbolo Mbue had me hocked from the beginning. So much emotion, pain, love, commitment, tradition.