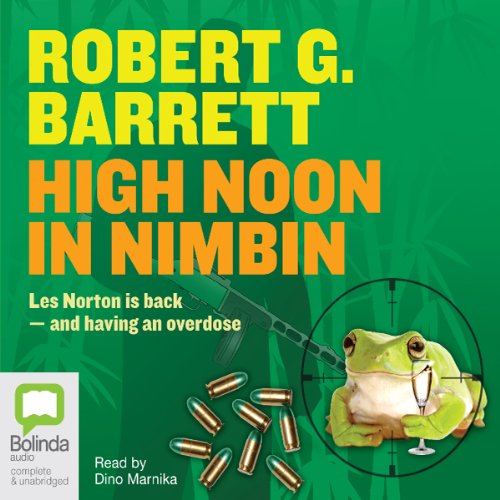 Arranging the hit on Fabio was a low act, and Les knew it. And when you get Sydney's deadliest killer to do the hit, there's always a quid pro quo. In this case, Les had to take a trip to Nimbin in NSW to help an old army mate of Eddie Salita's open a bar, the Double L Ranch. Which suited Les since he had to take his friend Tony Nathan the surf photographer to the waxhead wedding of the year at Bluey's Beach, and it was on the way. The waxhead wedding of the year turned into the ethnic brawl of the decade.

However, Les found comfort in the arms of Janet the Gannet from the Forbidden Planet. In Nimbin, Les found himself working as a DJ for a nutter with a nightclub where dancing was prohibited. He also found racial tension, the Russian Spetsnaz and Norwegian backpackers. Add a drug overdose, and before Les knew it, he found himself in a firefight with a bunch of inbreds wanting to kill the bar owner. A fun town Nimbin wasn't. Not even for a quarter of a million dollars worth of gold.

What listeners say about High Noon in Nimbin