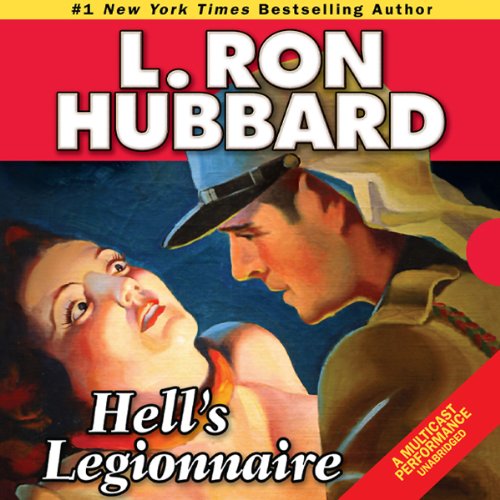 American Ann Halliday is as fiery as the Sahara sun. And now she’s feeling some real heat, as the prize captive of the Berber leader Abd el Malek also known as “The Killer”.

But Abd el Malek wants Ann alive - and in chains - subject to his every whim and fantasy. Dusty Colton, however, an American deserter from the French Foreign Legion, has a different idea, and he’s determined to give “The Killer” a taste of his own bloody medicine. The only problem is Dusty himself is wanted for murder.

Can Ann and Dusty team up and turn evil on its head? One thing’s for sure - between Ann and the Hell’s Legionnaire, the temperature is about to get even hotter.

Also includes the adventure stories, “The Barbarians”, in which a Legionnaire sets out to avenge a savage killing and makes a stunning discovery; and “The Squad That Never Came Back”, the story of a man who has uncovered the secret to a city of gold - a secret that could turn into a death sentence.

Experience the lust for power and the race to escape, as the audio version of Hell’s Legionnaire brings all the passions of the desert to vivid life.

* Awarded AudioFile’s Best Audiobook of the Year Award for 2012

"Fans of pulp writing will eat these up. The audios feature full-casts and great sound effects. Listen to one and you’ll be hooked." ( Library Journal)

What listeners say about Hell's Legionnaire

A romantic adventure on an exotic background

I really enjoyed listening to this audiobook several times. It is well narrated and the story unfolds at a very fast rate, presenting you with a surprise at every turn.

What was one of the most memorable moments of Hell's Legionnaire?

The most memorable moment while listening to the book was when the tables turn and the hero narrowly escapes from sure death,