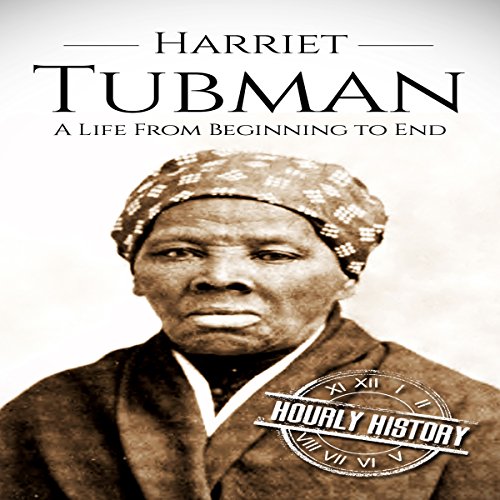 Harriet Tubman: A Life from Beginning to End

By: Hourly History
Narrated by: Sean Tivenan
Try for £0.00

Slavery in the United States has left deep, unhealed wounds in American society. It was a dark period in American history that saw the emergence of a number of heroes. One of these was a small woman, about five feet tall, who was a former slave. Her name was Harriet Tubman, and she changed the world. After escaping from a life of slavery that left her with permanent scars including a lifelong disability, she dedicated herself to freeing other slaves and working tirelessly for equality for oppressed people.

Harriet Tubman was an uncommonly brave person who, on several occasions, put her life at risk to re-enter slave territory, and later, to assist the Union army in the American Civil War. She was the first Black woman to lead an assault in the war. After the war, she dedicated herself to the cause of women’s suffrage. She used any money she made in any of her endeavors to help those less fortunate than herself, despite the fact that this caused her to live a life of poverty. She is the definition of a true American hero and her legacy includes inspiring millions of oppressed people worldwide to fight for equality. Her memory will live on as an example of a life well-done.

What listeners say about Harriet Tubman: A Life from Beginning to End

Like the Energizer Bunny she started and just kept going and going till the end.

Concise overview of her life. Very inspiring woman.
At times it seemed like the writer repeated itself though. Got a short book it’s a good overview and concise look at her life. But not a deep dive or poetically written. More of a cliff notes.