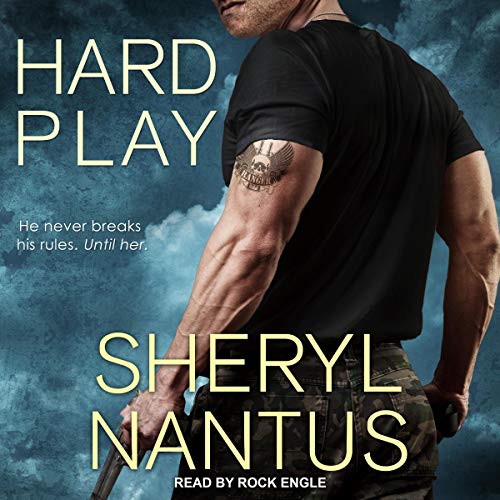 By: Sheryl Nantus
Narrated by: Rock Engle
Try for £0.00

For fans of Maya Banks's KGI series, prepare to meet the men of the Delta Force Brotherhood, a sexy new contemporary series where kicking ass and living hard is just how they roll.

Ex-special forces ranger Dylan McCourt is a stone cold killer who cares only about his military brothers and doing what's right. He's used to giving orders and has zero patience for bullshit. Most people tremble when they look him in the eye, but not his infuriatingly sexy new rescue mission, Jessie Lyon. She just juts her chin and says she's not leaving without clearing her father's name, to hell with his rules. And was that a one finger salute he sees in her eyes or his imagination? Either way, he knows this is one job his training might not have prepared him for.

What listeners say about Hard Play

Narrator was awful. Voice is grating. Female voices horrible. I could not listen to his voice anymore after chapter 10 and finished the book by reading it.