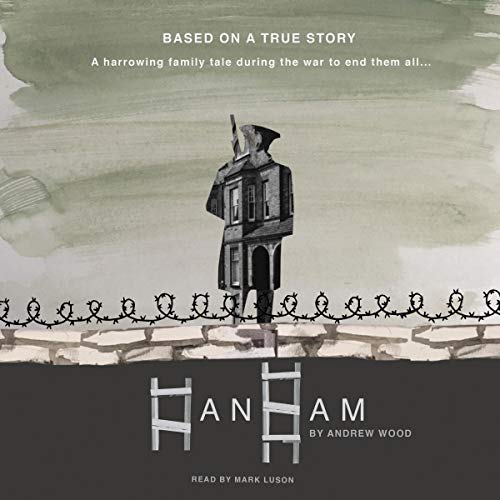 The Hanham brothers must try and survive the trenches and not be broken by conflict while the world around them is shattered. Back in London their eldest sister, dealing with her own complicated life, attempts to hold together a family soon ravaged by war. Hanham is based on an inspiring true story.

Written from the point of view of Stuart, Eric, Basil and Kathleen, Hanham is the harrowing true story of love, life, and sacrifice during the war to end them all. The author came by the story in 2015 when his father, a military historian, battlefield tour guide, and former soldier himself, purchased at auction a tobacco tin that saved a young man’s life during the First World War, wedged into it the bullet sent to kill him. The lot however turned out to be much more than this rare piece of history and the truly inspiring story of the three Hanham brothers and their family was revealed. Genuine letters, documents, and diaries help to tell this wonderful story.

What listeners say about Hanham

This audio book gives a fascinating incite into the lives of the Hanham family, the lives and deeds of the three brothers and their comrades that fought so closely in the trenches during the first world war; as well as the lives of their families back home in London. This story would make a truly remarkable film, however due to it being written so well (it is so vivid and you can picture yourself being in every scene) it would very big budget movie, that said, it would I'm sure be a real blockbuster. To sum this book / audio book up in a few words: it is an unforgettable true story that is fantastically well written and I enjoyed every minute of it.

What a fantastic, griping and emotional story.
An amazing listen and the best book I’ve had to date.
Well worth a listen and I look forward to the next book by Andrew Wood who managed to bring this amazing bit of history back to life in an incredible way.

The story of Hanahm had me captivated from start to finish. The novel is based on a fascinating true story which, complimented by thorough historical research, illustrates not only the impact of the First World War upon an individual family but also on society as a whole.
A thoroughly enjoyable audiobook.