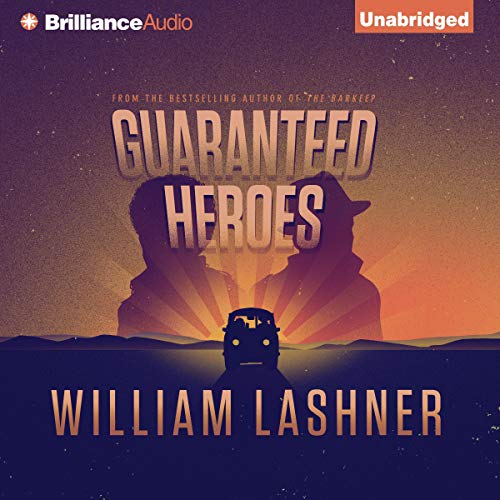 By: William Lashner
Narrated by: Gordon Greenhill
Try for £0.00

In a nation still recovering from the nuclear tragedies of forty years earlier, Clyde is working a dead-end guaranteed job at a diner, and Moonis is incarcerated in a Labor Camp for the Malcontented. But when Moonis's sister, Cecily, goes missing, the old friends escape their prisons to search for her in post-fallout America.

Moonis and Clyde follow Cecily's trail until it leads them into the atomic-ravaged heart of the Midwest, an outlaw territory of dark legends and darker truths where Cecily is being held captive by a brutal gang lord.

But along with menace and death, this poisoned wasteland contains the possibility of a freedom beyond imagination - if only Moonis and Clyde, and the misfits who join their quest, can find the heroism to grab hold of it.

What listeners say about Guaranteed Heroes