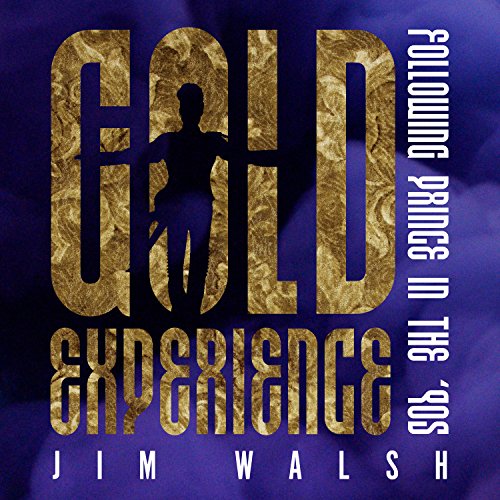 Throughout the 1990s, Prince feuded with his record label, Warner Bros., over his rights as an independent recording artist - and made some of the most brilliant music of his career. During that time, Jim Walsh covered Prince for the St. Paul Pioneer Press and wrote about him passionately, thoughtfully, exhaustively. Here, in real-time, is that coverage: a look back at Prince in the '90s. Walsh's newly unearthed interviews, essays, columns, and reviews make Gold Experience an essential slice of history for fans, scholars, and latecomers to the Minneapolis-born musical genius Prince Rogers Nelson.

What listeners say about Gold Experience

So much learnt from a mysterious and creative time

The headlines were well known because of the Slave, name change and recording battle, but there is so much more within this book even the most diehard fan (like me) wouldn't know about Prince in the 90s. Enjoy!

Reader did a disservice to the book.

What did you love best about Gold Experience?

The book itself was good. Many things I didn't know about Prince from that time, mostly because I only listened to his music at that time. I wasn't allowed to go to shows!

There were a few times I wished Walsh had gone more into the stories surrounding...the stories he published. For example, he mentioned a time at Paisley that Prince asked if he brought his shoes to play ball. He hadn't. But did he ever? Did Walsh ever play ball with Prince? What was that like?

Another example, Walsh said very little about when Prince & Mayte lost their child. I wasn't looking for tabloid gossip but he was around when she was pregnant, he commented on Mayte's role in the band many times, and even the wedding, what was it like around Paisley during her pregnancy? It would have been nice to even acknowledge that huge moment in their lives.

I’ve had this for a while and couldn’t bring myself to listen as I’ve been grieving with the rest of the world. I ha e to say this was so damn good. I absolutely loved the reading, the writing, the stories from someone who was there. Lucky people who lived there and could just drop in at Paisley...wow. I miss the spontaneity of life that P gave to my life. Thanks for this
It was fantastic.

This is not another Prince retread. But an intimate behind the scenes look at a genius who is trying to make sense of his life the 90s. Never before has a book not only provided insight inside of the music, but the man himself.

As a longtime fan, I highly recommend this to the faithful and to the casual fan who thought that Prince dropped off long before his departure. After digesting the wonderful nuggets of The Gold Experience, I assure you that you will be pleasantly surprised and will want to hear Prince's ENTIRE 90s output.

Jim Walsh went mining for gold and the experience expressed within this book is a treasure to behold. This time around, everything that glitters is GOLD.