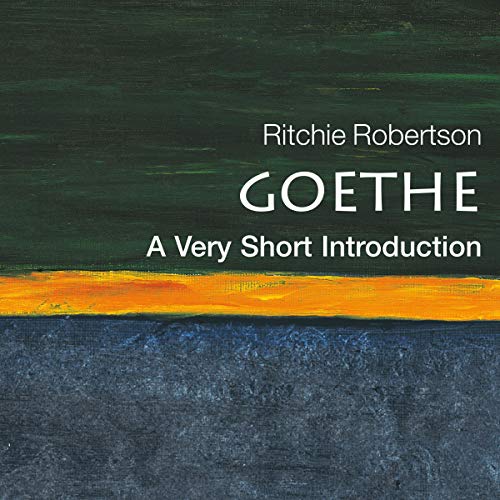 By: Ritchie Robertson
Narrated by: Nigel Patterson
Try for £0.00

In 1878 the Victorian critic Matthew Arnold wrote: "Goethe is the greatest poet of modern times...because having a very considerable gift for poetry, he was at the same time, in the width, depth, and richness of his criticism of life, by far our greatest modern man."

In this Very Short Introduction Ritchie Robertson covers the life and work of Johann Wolfgang von Goethe (1749-1832): scientist, administrator, artist, art critic, and supreme literary writer in a vast variety of genres. Looking at Goethe's poetry, novels, and drama pieces, as well as his travel writing, autobiography, and essays on art and aesthetics, Robertson analyzes some of the key themes in his works: love, nature, religion, and tragedy. Dispelling the misconception of Goethe as a sedate Victorian sage, Robertson shows how much of his art was rooted in turbulent personal conflicts, and draws on recent research to present a complete portrait of the scientific work and political activity which accompanied Goethe's writings.

What listeners say about Goethe

An illuminating introduction bringing life and character to Goethe and his illustrious, diverse oeuvre.