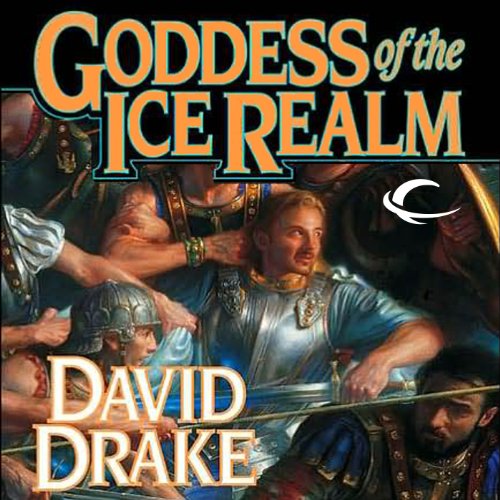 Goddess of the Ice Realm

By: David Drake
Narrated by: Michael Page
Try for £0.00

Starting in Lord of the Isles and continuing in Queen of Demons, Servant of the Dragon, and Mistress of the Catacombs, David Drake has told the continuing, interlocking stories of Garric and Sharina, Cashel and Ilna, young brother and sister pairs who journey together from a small town to the capital.

Their destiny is to reunite the island kingdoms of the Isles into one empire for the first time in a millennium. They seek to do this at a moment in history when the cosmic forces upon which magicians draw are at a thousand year peak. Wizards of even small learning are immensely powerful. Human greed and evil are reinforced by supernatural energies

In Goddess of the Ice Realm, as Garric and his retinue reach the island city of Carcosa, the wizard Tenoctris perceives a powerful, supernatural assault directed against them. Ilna and her beloved, Chalcus, are sent to investigate a magical threat to shipping in the north. Cashel is translated into another world by evil magic, and Sharina to yet another. All of them face deadly dangers and overcome them before they are again united during the climax of the story.

Filled with action, startling revelations, romance and sorcery, Goddess of the Ice Realm is epic fantasy at its exciting best.

What listeners say about Goddess of the Ice Realm

The 1st book is really enjoyable, and the 2nd book is pretty good too but thus far the books after #2 are basically the same as #2. I haven't seen any character development since the end of book #1. This makes me really sad because I was so excited about this series during book #1.