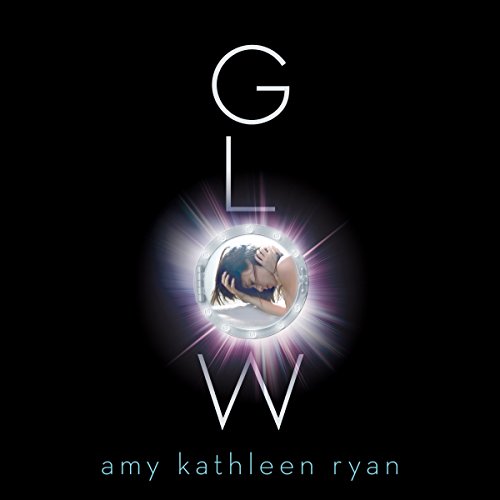 If a violent battle destroyed the only world you’ve ever known, would you be brave enough to save who was left? Would love be strong enough to survive the fight? Either way, there’s no turning back.

The Empyrean is the only home 15-year-old Waverly has ever known. Part of the first generation to be successfully conceived in deep space, she and her boyfriend, Kieran, will be pioneers of New Earth. Waverly knows she must marry young in order to have children who can carry on the mission, and Kieran, the handsome captain-to-be, has everything Waverly could want in a husband. Everyone is sure he’s the best choice. Still, there’s a part of Waverly that wants more from life than marriage, and she is secretly intrigued by the shy, darkly brilliant Seth.

Suddenly, Waverly’s dreams are interrupted by the inconceivable: a violent betrayal by the Empyrean's sister ship, the New Horizon. Its leaders are desperate to populate the new planet first, and will do anything to get what they need: young girls. In one pivotal moment, Waverly and Kieran are separated and then find themselves at the helm of dangerous missions, where every move has potentially devastating consequences, and decisions of the heart may lead to disaster.

Pulse-pounding and addictive, Glow begins the most riveting series since The Hunger Games.

What listeners say about Glow

First off, this was much more grim than I was expecting! But then, for some reason I was expecting a sappy teenage love story, and with the space battle and all the desperate fights to save a spaceship and survive captivity, there wasn’t time! All in all? This is what happens when space colonists meet the boys from Lord of the Flies and a crazy baby cult. Not a lot of clear thinking, lots of pressure, and plenty of room for disaster.


The plot switches between Waverly and Kieran’s points of view, each with its own narrator – both of whom read very well, by the way. They’re about sixteen, and as the oldest girl and boy on a space voyage that will take nearly a century, they thought their lives were all mapped out. That all changes the day their spaceship unexpectedly catches up to the one that left ahead of them.

I really enjoyed hearing the details about life aboard the ships. The gardens and orchards, everyone’s jobs, what they ate, how day-to-day life went, that sort of thing. As always with sci-fi, I found myself picking out small details that couldn’t be true, but that’s almost part of the fun for me. Another reviewer mentioned that the adults on this voyage were like “lemmings,” and there were several times I had to agree! Perhaps life in a small, enclosed community breeds naiveté? Interestingly, while Waverly and Kieran are clearly marked as the main characters, I found Kieran to be much less interesting than the other boys on the ship. He’s too weak and spoiled. But then, this isn’t a story about perfect people. In fact, it’s clear the whole time that human flaws are what drive everything about the storyline! By the end of the book it’s hard to tell who to trust, up to and including the main characters.

For a book marketed towards adolescents there are some seriously adult issues floating around. The rights of the individual vs. the rights of a group, procreative rights, the role of religion in society, morality, organized religion vs. cult behavior… And the interesting thing is that the answers aren’t all spelled out. For example, we see religion used for horrible purposes, religion used for good purposes, and then are given pause to wonder, “Wait, is that what’s really going on?” I was almost turned off when for a moment it looked like a strong dose of Sunday School was going to descend on the story and simplistically save the day, but that’s not what ended up happening at all. The day is not yet saved, simplistically or otherwise, and while religion is definitely an element, it’s not clear which way the chips will fall by the end of the trilogy.

The book ends at a reasonable stopping point, but also sees things running headlong toward a new conflict. The characters are all in desperate situations, and each one is reacting differently. There is a lot of story left to tell, and I’m interested to see how this plays out. Not quite riveted, but interested. There may be more going on under the surface than I was expecting!

I will be skipping the rest of the series

What started off as a promising story turned into a confused battle between young and old, good and evil, religion and secularism, men and women, the fertile versus the barren, sexual perverts and the chaste. Unfortunately, all the battles were going on at the same time. I know that young adult literature often portrays adults as flat, unfeeling characters. But a bigger bunch of idiots I don't think I've met in a long time as the adult crew of the good ship Empyrean. I had little sympathy for the lemming like adults who were sucked out of the cargo bay air hatch while trying to fight off an attacking space vessel with pitchforks and garden tools. And since all the good but possibly evil adults were dead and only the evil potentially good adults were alive, it seems impossible that most of the questions raised in the book will ever be answered.

And the children, the boys and the girls, so divided throughout most of the book, had miraculous powers to fly space shuttles and repair ships systems even though most of them spent their days working in the gardens.

Part of the problem was the narrator. She made all the barren fanatics on the bad ship New Horizon sound like Steppford people.

A caution, for others like me who prefer not to have religious themes hidden in the back cover copy, there is a strong religious, overtly christian, story line that gets stronger as the story moves forward. I don't know where it is headed but it was too much for me.

My Review
This story was about two different spaceships bound for the same planet far, far away. It will take years for them to arrive and when they do arrive, they will be the people who colonize the new planet. But something goes wrong on the ships and none of the women can conceive children. While one ship (The Empyrean) figures out a cure, the other (The New Horizon) does not. The New Horizon decides they want to ‘borrow’ some of the young girls from the Empyrean. The captain of the Empyrean is not willing to give over any of the young girls so the New Horizon decides to take matters into their own hands.

This was a very interesting story. It is always interesting to see what would happen if there is a breakdown in the normal ‘society’ you are used to. Especially when teenaged boys are put in charge of themselves. The typical result usually reminds me of what happened in ‘The Lord of the Flies’.

Although this is the first book in a series, it did come to a satisfying conclusion. The next book will be even more interesting because we get to throw spaceships, weapons, and teenaged girls into the mix with the teenaged boys.

Jasmin’s Review
Glow by Amy Kathleen Ryan was about two spaceships bound for a new planet, but tragedy strikes when one of the ships, the New Horizon, decides to steal all of the young girls off the other ship because they have been unable to conceive children for many years.

This story has two very different points of views, mostly on two different ships. It tells how easily it would be for a chain of command to be broken when there are no adults present and only young boys run a whole ship and what happens when young girls get taken aboard a ship filled with only older men and women, when most of the women are crazy (my opinion, not really said anywhere). I liked this book, I honestly did, even though fantasy is more my forte. It always makes me wonder about boys though. They are just so stubborn and controlling >_<#

4.5 out of 5 stars. Just because honestly, I think the New Horizon crew wouldn’t have lived as long as they did. And the boys on the Empyrean… well… I’ll let you read it to figure it out ;)

Lily’s Review
I liked this book in a very, very, weird way. I understood everything, but it was kinda evil in a good way. It was so twisted, like if you and everyone on your whole ship couldn’t have children, then young women that could have children came on to your ship, what would you do? Yeah, I think we all have that picture in our minds. To keep our society growing, I think we would do anything. And in this book, they were willing to do anything!

So yes I did like this book, but it’s not for people can’t accept that desperate people will do desperate things. So be warned!!!

Overall I liked this book, I would give it a 4 out of 5 stars.

The Narration Review
This audiobook was narrated by Ilyana Kadushin and Matthew Brown and they made a great match. Their voices sounded age appropriate and both were able to give the proper attitude and angst attached to each of their teenaged characters.

The ending ruined it for me. Really? I won't ruin it for others but I will tell you this. I am not interested in buying the next book.

A really interesting sci fi. I loved it, but I love all young adult sic fi books.