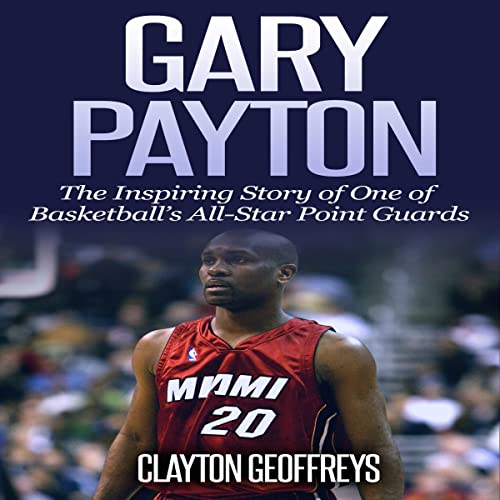 By: Clayton Geoffreys
Narrated by: Geoffrey Scheer
Try for £0.00

Learn the inspiring story of one of the greatest point guards, Gary Payton!

In Gary Payton: The Inspiring Story of One of Basketball's All-Star Point Guards, you'll learn the inspirational story of one of basketball's greatest point guards of all time, Gary Payton. Payton is highly regarded as one of the best NBA players from the 1990s. Best known for his 13-year tenure with the Seattle SuperSonics, he later played for the Milwaukee Bucks, Los Angeles Lakers, Boston Celtics, and Miami Heat, where he won his first and only NBA championship in 2006.

Here is a preview of what is inside this Gary Payton audiobook:

What listeners say about Gary Payton