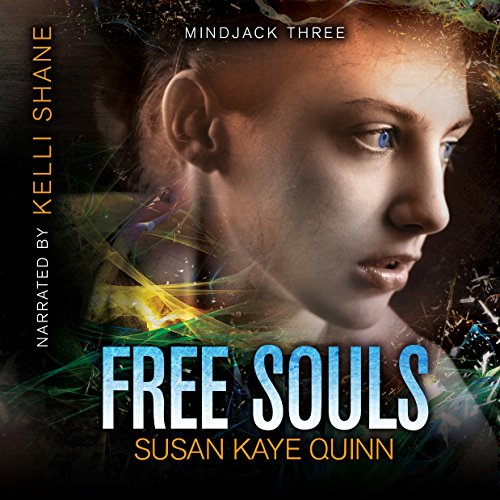 By: Susan Kaye Quinn
Narrated by: Kelli Shane
Try for £0.00

When your mind is a weapon, freedom comes at a price.

Four months have passed since Kira left home to join Julian's Jacker Freedom Alliance, but the hole in her heart still whistles empty where her boyfriend Raf used to be. She fills it with weapons training, JFA patrols, and an obsessive hunt for FBI agent Kestrel, ignoring Julian's worries about her safety and repeated attempts to recruit her for his revolutionary chat-casts.

When anti-jacker politician Vellus surrounds Jackertown with the National Guard, Kira discovers there's more to Julian's concerns than she knew, but she's forced to take on a mission that neither want and that might be her last - assassinating Senator Vellus before he can snuff out Julian's revolution and the jackers she's come to love.

"Quinn paints a picture of a not-too-distant America where politicians inflame the hatred of one section of the populace for another - all for their own gain - and you worry that her world is not so far off from our own." (Dianne Salerni, author of We Hear the Dead, The Caged Graves, and the forthcoming The Eighth Day)
" Free Souls starts with a bang and doesn't let up. It blends nonstop action, nail-biting escapes, and great romance. I absolutely loved it! A great series conclusion - a must-read." (Leigh Talbert Moore, author of Rouge and The Truth about Faking)

What listeners say about Free Souls

narrator was bad. to sloppy.

great story but ending to shollow. narrator was great as a woman but the men sound like sissies.

This was a good series I think it had a really great story line and it kept on the edge of your seat.

this whole series was absolutely phenomenal. it was full of suspense, action, sarcasm and romance. I couldn't stop listening!