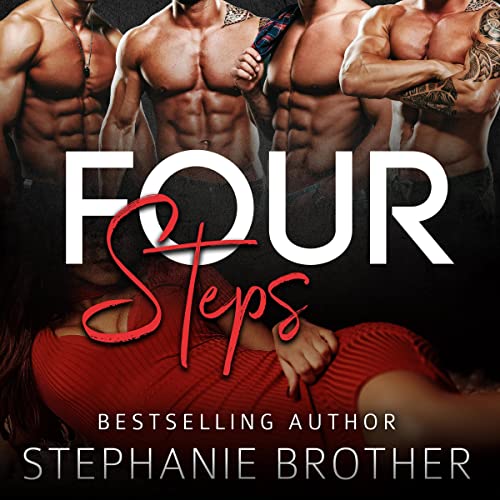 By: Stephanie Brother
Narrated by: Laurie West
Try for £0.00

Ten years ago, my four stepbrothers left without a backward glance. Now they've returned, and they're not looking at me like a little sister anymore.

When I was a shy, awkward teen, my stepbrothers were my world. As my protectors and my best friends, they provided an escape from the noisy drama of our parents’ tumultuous marriage.

My big brothers meant everything to me, and I thought I meant something to them. But they made it clear I didn’t when all four of them left town just after my 16th birthday without so much as a good-bye.

Now, after so much time has passed, they think they can simply show up and reinsert themselves into my life as if they never left. But I’ve changed, and I don’t need anyone to take care of me, especially them.

As two sets of twins, Barrett, Bronson, Lennox, and Lincoln have always drawn attention. In the years they’ve been away, the boys have turned into men—their bodies broader and their dark features sharper. They’re also a lot more stubborn than I remember.

Apparently they're rich, and they seem to think they can use their money to control me. The more I tell them to get lost, the more they come around.

One night, we push each other too far, and things between the five of us take a very unexpected turn. They see me as more than their little sister, and much as I try to deny it, I see them differently, too.

But I can’t let myself want them. Our relationship is complicated, with a million reasons we shouldn’t be together. And how can my heart and mind trust four men who left me once before?

Four Steps is a reverse-harem romance with a happy ever after ending. It's book five in the Four series, stand-alone romances with characters who continue to make appearances.

What listeners say about Four Steps

Pretty good for a short story

It's kind of similar to the first book. I didn't like Caz character so much, so thankfully it was a short story.

I wish this was a 12 hour 4 book siers about the couple. Great as is but I want more.

Electric connections and sizzling chemistry. Another terrific Stephanie Brothers book. Can’t wait to read and listen to her next book

I love the stories, I love the many ways these end...
1 thing, can we not spend 10 chapters making the reader angry on behalf of the main character, only to have her give in in 2?
loved the plot, just wish she'd made them grovel more.