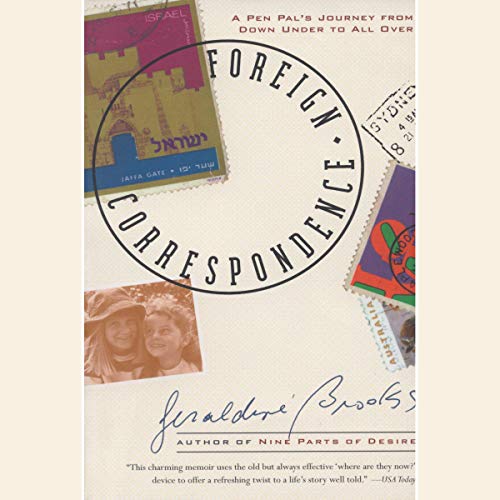 As a young girl in a working-class neighborhood of Sydney, Australia, Geraldine Brooks longed to discover the places where history happens and culture comes from, so she enlisted pen pals who offered her a window on adolescence in the Middle East, Europe, and America.

Twenty years later, Brooks, an award-winning foreign correspondent, embarked on a human treasure hunt to find her pen friends. She found men and women whose lives had been shaped by war and hatred, by fame and notoriety, and by the ravages of mental illness.

Intimate, moving, and often humorous, Foreign Correspondence speaks to the unquiet heart of every girl who has ever yearned to become a woman of the world.

What listeners say about Foreign Correspondence

the review synopsis does not reflect the book

Disclaimer: I gave up after a third
The third I did read only described the life of an ordinary young Australian woman, without any special insights to make it worthwhile.
I tried it because I enjoyed Ms. Brook's "People of the Book".