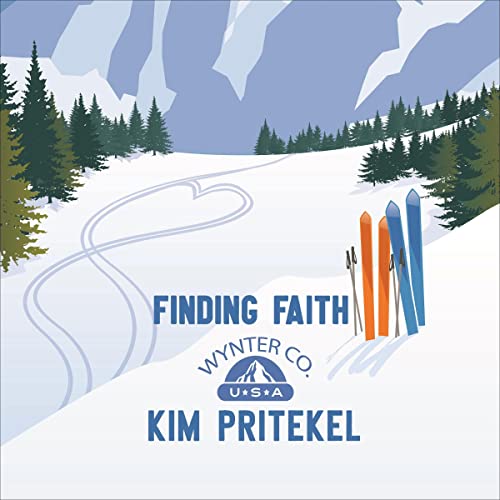 Faith Fitzgerald thought that if she got an education and became a high-powered attorney in Manhattan, maybe - just maybe - she'd gain the attention and respect of her absentee father. Considering he was the only parent she had left after her mother's suicide when Faith was just a child, she thought that's what it would take.

What she dreamed would be glamorous and satisfying turned out to be grueling and thankless. Since she wasn't willing to play the game between the sheets, she was forced to stay in the cubicle jungle doing all the heavy lifting while the men got the credit and the rewards.

Deciding she is done, Faith packs up and, with the flip of the bird to the rearview mirror, leaves New York and heads home to Colorado. She has nothing there: no job, nowhere to live, no relationship with her father. Truth is, she barely has a relationship with herself.

On the drive home, she finds herself in Wynter, a tiny mountain town at the foot of the Rockies. Looking more like it belongs in a made-for-TV Christmas movie than on the map, Faith is utterly enchanted. When she tries her luck and buys a raffle ticket at Pop’s, Wynter’s charming café, her prize is far more than meets the eye - or the heart.

Enter Wyatt, a feisty, sexy Southerner and waitress at Pop's, who just happens to be married to a local sheriff's deputy. All is not as it appears with the all-American boy and his Georgia peach.

A colorful cast of unforgettable and charming characters will teach the jaded attorney that sometimes to find yourself, all you have to do is go back to the basics…and have a little Faith.

What listeners say about Finding Faith

I really enjoyed this book. Great character development, relatable people. Some quirky fun characters and LOL moments, overall a good Sapphic story ♥️.
This books deals with domestic violence, which is always hard to deal with.... however the author had the perfect balance of serious and a touch of humor. I'll definitely be buying the next book.

(It’s a shame that a homophobe can overlook the description, refuse to read the book and then give a 1-star rating for no reason besides their own bigotry.)

This was a hopeful story even through the darkness of sexual and domestic abuse. It’s inspiring the way the town heals alongside Faith’s relationship with her father. Wyatt is a sweet character whose strength in spite of her abusive husband is to be admired. There is no abuse explicit in the book, but it is referred to, so be aware before heading in. I assure you however, the warm fuzzies far outweigh the heavy stuff in this precious small-town romance. I’m so glad it’s a series! On to the next!

I liked the book and the narrator. Sensitive topics were handled better than in other books in the genre but it’s difficult not to gloss over to some extent due to the format.

A terrific story. Complicated but so worth the investment. My first by this author but I am already searching for more. Not crazy about the narrator but not enough to pass it up. You won't be sorry.

this book has so much foul language and when they started discussing same sex interest I shut it off and will delete it immediately. this leaning should have been disclosed in the details.