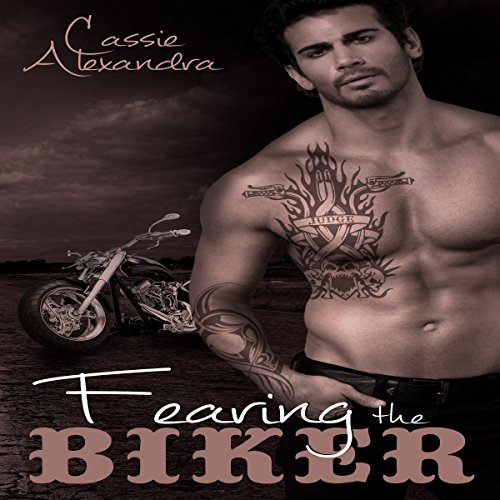 By: K.L. Middleton,Cassie Alexandra
Narrated by: Nikki Diamond
Try for £0.00

Jordan Steele (The Judge) has been hired as a bodyguard for Jessica Winters, Slammer's new step-daughter. Security is usually not his thing, but he finds himself unable to refuse the offer after meeting her in person.

Jessica Winters wants nothing to do with The Judge, or any other biker for that matter, especially after being raped by one of the Devil's Rangers three years before. When she learns that her life is in imminent danger, however, she reluctantly agrees and finds herself in the care of a man who makes her tremble in more ways than one.

This book is intended for listeners ages 18 or older due to explicit language, sexual situations, and violence. This is a work of fiction and is not meant to be a true depiction of a motorcycle club. It was written for entertainment only.

It can be heard as a standalone but will be more enjoyable if you first listen to the previous two books in the series (to learn more about the characters).

What listeners say about Fearing the Biker

This one I found to be very interesting and I loved the change of narrator to the new one. So many things that I can’t wait to see how they will resolve the issues that were raised.

Fearing the Biker is the third book in the series and it focuses on the developing relationship between Jessica and Jordan. Jessica is a nurse who was raped by a biker in the very first chapter of the first book. The guilty biker was evil as they come. After that we learn nothing more about her yet we learn quite a bit about the biker who gets his just desserts. In book 3 we get to know her and she isn’t into the biker life at all but when her life is at stake she’s thrust into it and falls for Jordan better known as Judge.
The story flows quick moving from one action filled scene to the next. As a reader or listener I love that because it holds my attention. There are enough details to give a picture of what’s happening without bogging down the story. The author holds nothing back including language and explicit scenes. It’s not for younger readers but for adults and is very entertaining. The story didn’t disappoint.
The only thing that threw me was the switch to a different narrator. From an author’s perspective it makes perfect sense because the story centers around two new individuals as a listener it took me several chapters to get into the new narrator. No complaints, she did a great job.

I am enjoying this book better tthan the first two so far in this Biker series. Nikki Diamond did a much better job with the narration than the previous narrator. I received this free copy audiobook at my request and have voluntarily left this review.

Great listen. Way better with a different narrator. I just wish there was a better ending. just kind of left you hanging.

if you can get past the fact that the narrator is a female the whole book even on the male parts you will like it. That is my only complaint!

I really enjoyed the book. It was written wonderfully. The end felt really rushed. The book was way too short. Finished it in one day.

The two damaged souls help heal each other!

We meet Jessica in the first episode of this series, as a virgin being raped by by a biker brute. Now she appears to have been targeted by the new leader of the Devil's Rangers, in retaliation for deaths from that original rape.
Jordan (The Judge) has also appeared in previous episodes, as the ultimate cleanup guy, a gun for hire.
These two are brought together, due to the vendetta by the a Devil's Rangers new leader, who has disregarded previous truces and is out for blood.

When she learns that her life is in imminent danger, however, she reluctantly agrees and finds herself in the care of a man who makes her tremble in more ways than one...

This book was entertaining and exciting. The characters were colorful and I enjoyed reading about all the trouble they got into.

I couldn't finish it

Okay, so first I'd like to state the only rating you can really go by with my review is the performance...I didn't make it enough into the book to rate the rest. I haven't listened to the other books in the series, this was my first and last. Honestly, I'm very interested in the story so I think I'll just buy the book and read it the old fashioned way. I feel, even though the narrator wasn't bad, her voice only fit the lead male when he was a little boy and obviously the woman. Nikki Diamond voicing the lead male as a grown man was cringe worthy. She made a grown man have the voice of a teen who hasn't hit puberty. For that reason I couldn't finish this book, I couldn't get past chapter 4.