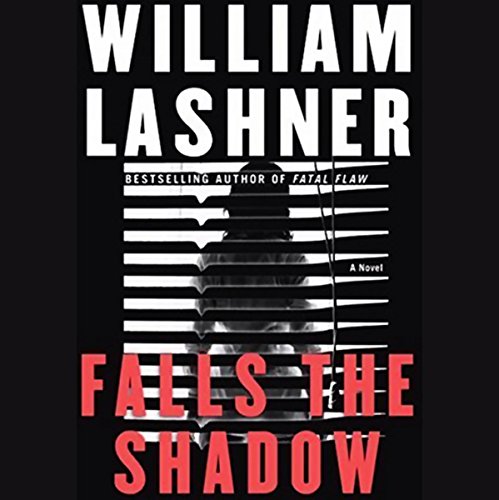 By: William Lashner
Narrated by: Don Leslie
Try for £0.00

A beautiful young woman is dead, her husband convicted of the murder. In seeking a new trial for the husband, defense attorney Victor Carl must confront not only a determined prosecutor and a police detective who might have set up his client, but also a strange little busybody named Bob.

Bob has the aspiration, one could even say compulsion, to help those around him. And it usually works out well for all concerned, except when it ends in blood. But Victor doesn't know that...yet.

Thanks to Bob, Victor is suddenly dressing better, dating a stunning woman, and his economic prospects and teeth are both gleaming. It's all good, until Victor finds a troubling connection between Bob and the murdered wife. Is Bob a kind of saint or is this obsessive Good Samaritan in reality a murderer?

Filled with the keen wit, deep poignancy, twisting suspense, and dark realism that has entranced readers, impressed reviewers, and made William Lashner's previous novels best sellers, Falls the Shadow is a riveting novel that is sure to leave readers eager for more.

"This is a sordidly fascinating story, compellingly told (as usual) with wit, drama, and a delightfully fluid sense of morality. There really is no one quite like Victor Carl, and Dr. Bob is one of the most intriguing supporting characters ever to inhabit a legal thriller. Great fun and a wonderful antidote to the high seriousness of too many legal thrillers." ( Booklist)

What listeners say about Falls the Shadow

Lasher gets better and better ...

Very Entertaining! The narrator is superb and makes this a better book to listen to than to read. He truly "becomes" the main character, and his narrative skill makes this almost like a radio /theatre presentation.Don't be afraid of the fact that this is Abridged: you will never know. This author is a very good writer whose writing has gotten better and even more lyrical ... you will enjoy this audio book with it's layers of strong plot, great assortment of characters, and hip but not grating black humor.

This book had a fine mixture of humor and intrigue. In addition Lashner creates such fully developed characters that you can't help but care about all of them. In addtion, the narrator has taken the book to the level of performance art. bravo!

I hope to see many more titles by Mr. Lashner on this web site.

Victor Carl at his best.

I enjoyed this tremendously. There is real depth to his character and those who surround him.

Where does Falls the Shadow rank among all the audiobooks you’ve listened to so far?

Falls the Shadow is a fantastic story of real life gutter morality vs. the high stakes of being an attorney who is a self-proclaimed self-centered narcissist. Many great arcs and thrills to be had which is all set to a very sarcastic tone.

I really don't like that this is abridged. I read the physical book almost ten years ago and there is an entire arc missing from the Audible version. Doesn't destroy the story by any means, but it takes a side out of Victor Carl that makes him have more depth and redeeming qualities.