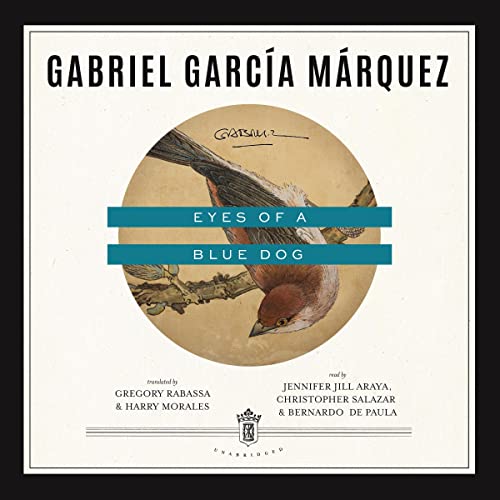 Eyes of a Blue Dog

These early stories of the late Nobel Prize winner were written and published between 1947 and 1955, although, as a book, Blue Dog Eyes would not appear until 1974, when the writer had already published two other books of short stories and four novels, of which the last, One Hundred Years of Solitude, would provide him with his first great international success.

This book includes his first famous story, “Monologue of Isabel watching it rain in Macondo.” This story was the first stone of that gigantic building, as imaginary as it was real, that would end up founding the most powerful literary space of our time: Macondo.

This edition also includes “Tubal-Cain Forges a Star,” “How Nathanael Pays a Visit,” and “A Man Arrives in the Rain.”

What listeners say about Eyes of a Blue Dog