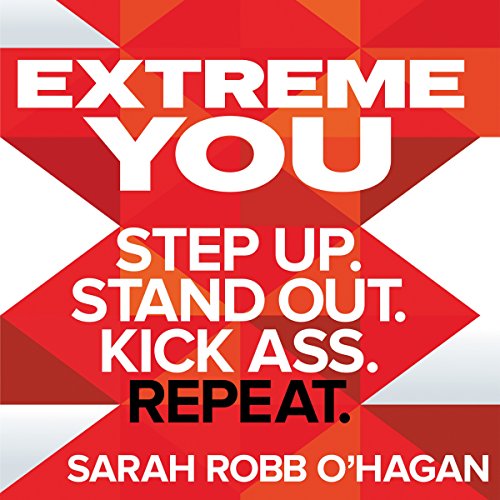 'Sarah doesn't just sit at the table - she stands on it. She's full of inspiring advice about how to bounce back from failures, speak your truth, embrace your quirks, and have a lot more fun along the way.' (Sheryl Sandberg, Facebook COO and founder of Leanin.org)

As a child Sarah Robb O'Hagan felt destined to become a champion, but her early efforts at sport, music and theatre failed to reveal a natural superstar. Unwilling to settle for average, she learned through a series of dramatic successes and epic failures to follow her own path to success. Sarah climbed the corporate ladder at Virgin Atlantic, Nike, Gatorade and Equinox - also becoming a wife, a mother and an endurance athlete - and though in her 20s she was fired twice, in her 30s she led the turnaround of a $5 billion sports drink business.

Her approach has stemmed from personal experience and inspiration from the band of highly accomplished 'Extremers' that she has met along the way: entrepreneurs, corporate leaders, TV personalities, an Olympic champion downhill skier, a former secretary of state, and even a world-famous tattoo artist. These Extremers helped her recognise that success doesn't come from conforming, hiding weaknesses or reaching some preplanned destination. The bolder choice is to embrace Extreme You: to bring all that is distinctive and relevant about yourself to everything you do and to bring out the Extreme in the people and the culture around you. Inspiring, practical and funny, Extreme You is Sarah's training programme for developing the drive, originality and fierce attitude to become the best version of you.

What listeners say about Extreme You

good story but not that good, average in that corporate world. please tell what extreme means for you at least.