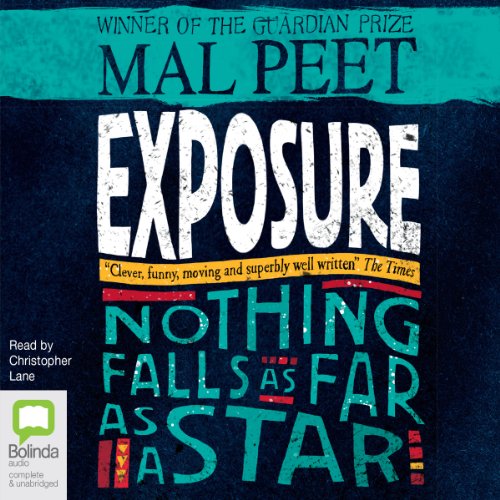 By: Mal Peet
Narrated by: Christopher Lane
Try for £0.00

When a black South American soccer star signs on to a team in the country’s racist south, headlines blare. And when he falls for the sensual Desmerelda, a stunning white pop singer and daughter of a wealthy politician, their sudden and controversial marriage propels the pair to centre stage, where they burn in the media spotlight. But celebrity attracts enemies; some very close to home. And its dazzle reaches into the city’s hidden corners, exposing a life of grit and desperation the glitterati could never imagine. When a girl is found murdered, reporter Paul Faustino is caught between worlds as he witnesses the power of the media in making- and breaking - lives. Inspired by Shakespeare’s Othello, this modern tragedy of desire and betrayal, incisively and compassionately told, is a truly enthralling work of crossover fiction.

"Clever, funny, moving and superbly well written." ( The Times)
"In a vibrant modernisation of Othello, and with a strong South American setting, Exposure brilliantly explores the inequalities within society and the dangers of success." ( Guardian)

What listeners say about Exposure