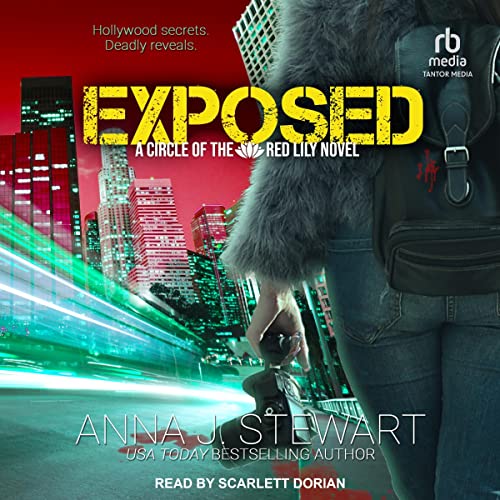 By: Anna J. Stewart
Narrated by: Scarlett Dorian
Try for £0.00

Working as a Hollywood photographer means Riley Temple has seen it all, but that theory is put to the test when she finds herself staring at the chilling image of a dead woman. When her questions about the film's origin results in an assault, a murder, and an attack on Riley herself, she finds herself reluctantly turning to the only person who assures her he can help: Detective Quinn Burton. To find those responsible for harming her friends and to protect those closest to her, she's willing to do anything. Even trust a cop.

After more than a decade on the job, Quinn Burton knows a dangerous situation when he sees it. Those pictures Riley stumbled onto could very well overturn a notorious murder conviction—a conviction partially secured by Quinn's own police commissioner father. Quinn has always prided himself on being loyal, but seeing this case through means he'll have to betray someone: his job, his family, or the woman he's falling in love with.

As Quinn and Riley's relationship deepens, their investigation reveals the false conviction is only a small part of a much bigger conspiracy. They soon find themselves targeted by The Circle of the Red Lily, a secret society that for decades has maintained influence and violent control over Hollywood's powerful elite. A group that, until now, has remained hidden in the shadows.

What listeners say about Exposed