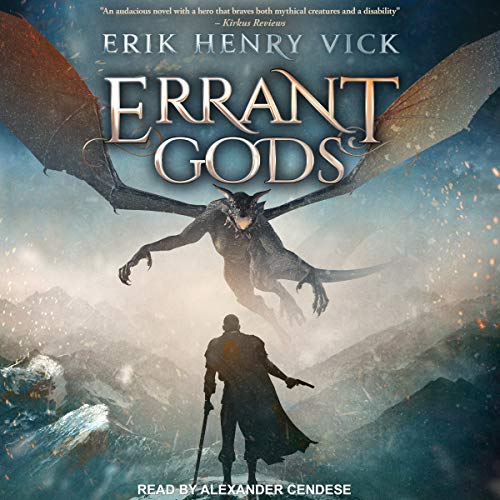 By: Erik Henry Vick
Narrated by: Alexander Cendese
Try for £0.00

Hank Jensen doesn't believe in monsters - not the kind Stephen King writes about at any rate. Hank is one of New York's best criminal profilers, and he loves his job. But when he meets the Bristol Butchers, all that changes.

They are a pair of psychopaths - cannibals. He chases them in spite of the disabling curse they cast on him, in spite of their threats to his family, and when he catches up to them, his horror begins. They claim to be gods - immortal, omnipotent - and they change into monsters before his eyes. Unable to stop them, the battle leaves him sick, despondent, broken. His career is at an end. His only respite is his family.

Years later, the Butchers return to make good on their threats. When his family disappears on Halloween night, Hank decides his time for doing nothing is at an end. He must chase them to places he thought existed only in myth. He knows they have the power to raise monsters, mythical beings - even the dead - to block his path. How can he, a disabled mortal, overcome gods? How will he overcome his disability and his doubts?

What listeners say about Errant Gods

Totally loved this book, I really enjoyed the characters and the story. Very immersive, I didn’t like the name dropping of another authors, that aside a fantastic read.

slow to build but good

slow to get going but once it picked up it sucks you right in. Fantastic ending can't wait for next book

As usual, I will start with the narrator. I really couldn't ask for better. There are a few points where a voice or accent falters or the tone or tempo doesn't feel quite right, but all in all it was a great performance.

This story uses an atypical structure somewhat reminiscent of Brandon Sanderson's Stormlight Archive, in that it relies heavily on flashbacks interspersed between forward momentum of the story.

(a part of me would have liked it to be more straightforward, but I understand why it was done this way)

There are a few hiccups in the prose (namely clunky constructions and passive voice), but they really did not detract from the story.

The book switches between first person for the main character's chapters and third person for other points of view and while I'm normally adamantly opposed to first person, the way it is managed in this book is fantastic and Hank has an incredibly compelling voice.

Finally, I'm a huge fan of both mythology and subversion. So when I realized this story included a strong element of subversion of mythology, I knew I was hooked.

I would have liked to see an ending with a more epic epic feel, but apart from that Erik perry well nailed it.

Now I have to anxiously await the audio production of the next book!