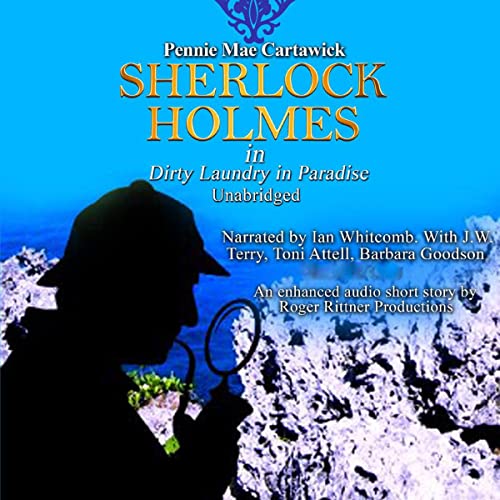 For a moment, my estimation of the good Mr. Brae had increased somewhat, as I gathered he didn't want one of his servants taking the blame for a deed the poor soul hadn't perpetrated. I glanced at Holmes to determine his take on the situation, but I wasn't surprised that he had taken little notice of Mr. Brae.

“Would you pass the milk, Watson?”

Ignoring the man completely as one could ignore a bumbling buffoon, as Holmes had dubbed him after our previous encounter. Dutifully, I passed him the cream, which he slowly poured into his tea.

Eleventh in a string of new short stories set in the late 19th century, no fictional character is more renowned for his powers of thought and observation than Sherlock Holmes.

What listeners say about Dirty Laundry in Paradise