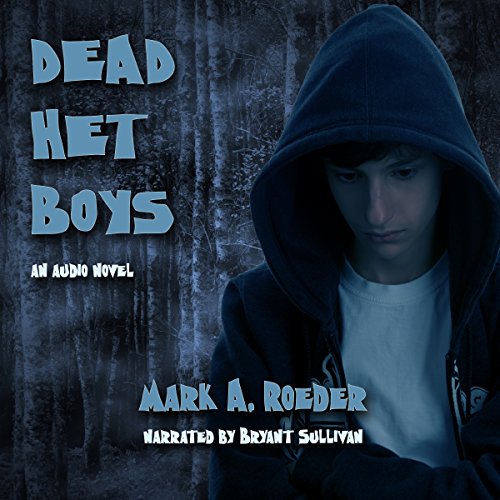 By: Mark Roeder
Narrated by: Bryant Sullivan
Try for £0.00

Marshall's experiences with ghosts and the supernatural are legendary, but when a boy 100 years dead turns up in his bedroom with the cryptic message "Blackford Manor", Marshall realizes his adventures with the other side have only begun. As more specters appear to Marshall, he begins to assemble the pieces of a puzzle that leads him to Graymoor Mansion and a set of crimes more heinous than those of a modern day serial killer.

The evil four, a group of boys who were involved with the murders of gay youths a year ago have returned. Skye and the gay boys of Verona can do little more than watch and wait for the terror to begin again. Skye learns of a psychopathic homophobe who is in league with his enemies, but things take a curious turn when one of the evil four is brutally murdered. Suspicion turns to Skye. Has he finally gone too far to protect his friends? Skye isn't the only one with a motive. All the gay boys of Verona are suspect. This time around, the shoe is on the other foot.

another good novel by mark a roeder

Good all the way round!

If your a gay hater in Verona, your in the minority and you could loose your life.
The book is good, it's keeps you guessing of what is going to happen next? There is lots of action and mystery. Yes, Skye gets almost all of the action done, but he had a little help from above. He & Josh gets off on the wrong foot, but it gets settled. Marshal is the hero of this book. And for the gay haters, let's just say. they are in for a rude awaking, but not from Skye.

again I wish I could get Mark or someone like him to help me write my story.
Jim Arrowsmith
Salt Lake City Utah
arrowsmithjim11@gmail.com