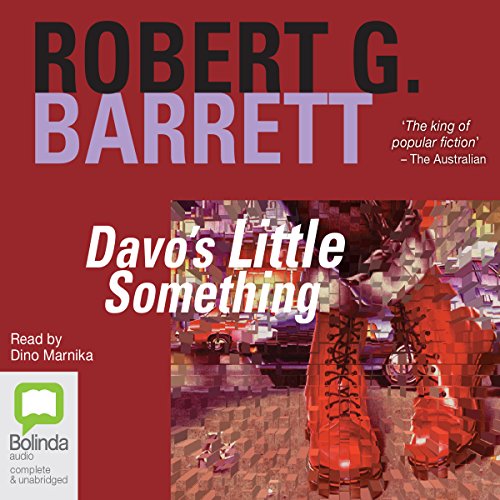 All easy-going butcher Bob Davis wanted after his divorce was to get on with his job, have a few beers with his mates, and be left alone. But this was Sydney in the early Eighties-the beginnings of the AIDS epidemic, street gangs, gay bashings and murders.

When a gang of skinheads bash Davo's old school- friend to death simply because he was gay, and leave Davo almost dead in an intensive care unit, they unleash a crazed killer onto the city streets.

Before the summer had ended, over thirty corpses had turned up in the morgue, leaving two bewildered detectives to find out where they were coming from.

What listeners say about Davo's Little Something

A hard listen but good story

I originally read this in the early '90's and really enjoyed the story. It stuck in my head for all those years so thought I'd get it here. Having listened to it now I would say it's quite reflective of it's time as the language used is quite homophobic, xenophobic with a fair hint of racism.
The actual story is really good and I think is worth sticking with but the language used is quite jarring. I'm not talking about the swearing... but the attitudes that were quite normal at that time.