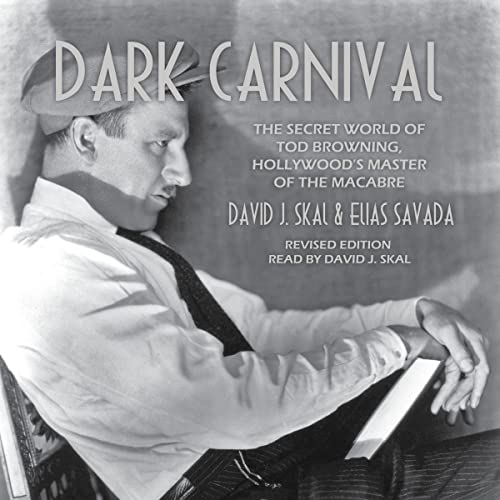 One of the most original and unsettling filmmakers of all time—the creator of the horror classics Dracula and Freaks, among others—Tod Browning is also one of the most enigmatic directors who ever worked in Hollywood. A complicated, troubled, and fiercely private man, he confounded would-be biographers hoping to penetrate his secret, obsessive world—both during his lifetime and afterward.

Now, film historians David J. Skal and Elias Savada, using newly discovered family documents and revealing published interviews with friends and colleagues, join forces for the first full-length biography of the man who earned a reputation as "the Edgar Allan Poe of the cinema."

The authors chronicle Browning's turn-of-the-century flight from an eccentric Louisville family into the world of carnival sideshows (where he began his career literally buried alive) and vaudeville, his disastrous first marriage, his rapid climb to riches in the burgeoning silent film industry, and the alcoholism that would plague him throughout his life.

Browning's legendary collaborations with Lon Chaney, Sr., and Bela "Dracula" Lugosi are explored in depth, along with the studio politics that ended his career after the bizarre circus drama Freaks—a cult classic today—proved to be one of the biggest box-office disasters of the early thirties.

What listeners say about Dark Carnival

Not much is known about Browning other than his work has a deep darkness often. I like deep dives into early film classics, and this is a really good read for me. I learned a lot, yet he will still be something of a mystery. I appreciate the author telling this story.