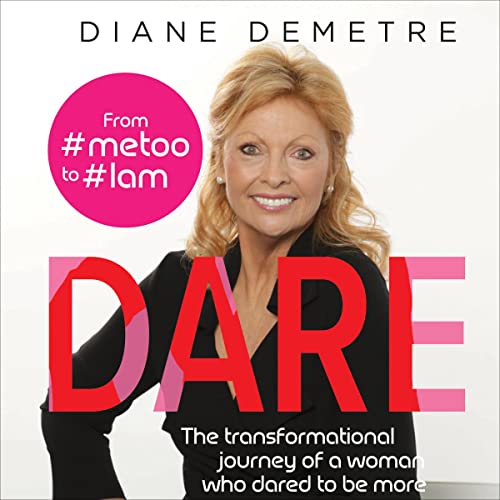 Long before the global #metoo movement, Diane Demetre was dramatically sacked by her producer for apparently being "too fat" after she refused his sexual advances. She took him to court, and the ensuing court cases for wrongful dismissal became some of the highest-profile cases in Australia in the 1980s.

Dare is a no-holds-barred account of Diane's rise from being born an illegitimate child given up for adoption to fulfilling her dream in the entertainment industry and directing the largest production shows staged in Australia. But when she was terminated, there were no laws to protect her. Now, Diane reveals the unimaginable public humiliation and heartbreak of losing herself, her career, and her destiny.

Follow Diane's 30-year quest for truth as she discovers that our lives aren't random events over which we have little influence. Calling on her background as an educator, speaker, and successful entrepreneur, Diane uses touchstones in her life to outline 50 insights that expanded her consciousness, connected her to being, and transformed her life.

Join this journey within, Dare to master your destiny, and be more than you ever imagined.

"Demetre is a strong, determined, successful woman who has self-actualized more than most. This is evident in this engaging memoir. She is clearly a passionate and experienced writer, her prose sophisticated, her narrative moving. Her spiritual experiences are compelling, unique, and very readable making this book a strong, fascinating addition to the memoir/spiritual journey genre." (Book Life Review)

What listeners say about Dare