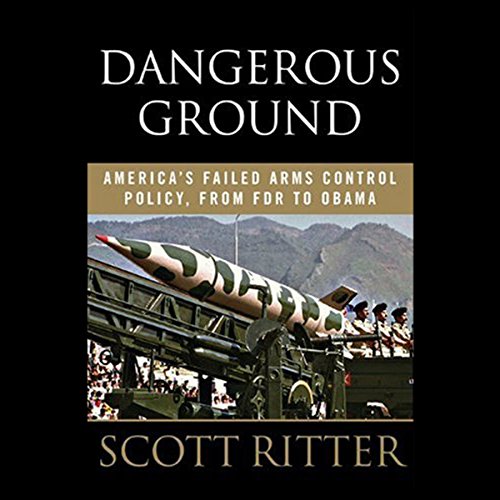 By: Scott Ritter
Narrated by: Brett Barry
Try for £0.00

In Dangerous Ground, Scott Ritter, one of the world's leading experts on arms control, tells a bold and revisionist account of the inseparable histories of the post-World War II American presidency and nuclear weapons. Unpacking 60 years of nuclear history, Ritter shows that nuclear weapons have become such a fixture that they define present-day America on economic, military, political, and moral grounds. And despite fears of global nuclear proliferation, the greatest threat to international stability, Ritter argues, is the U.S.'s addiction to nuclear weapons.

Even in light of Barack Obama's historic speech in April 2009, which called for the eventual abolition of nuclear weapons, America continues to guard a significant and dangerous nuclear stockpile. The notion that we are more secure with nuclear weapons is deeply entrenched in the American psyche - and virulently protected by forces in the U.S. establishment. As long as this paradigm persists, Ritter suggests, there will be no fundamental U.S. policy change, and as such, no change in global nuclear proliferation.

What listeners say about Dangerous Ground