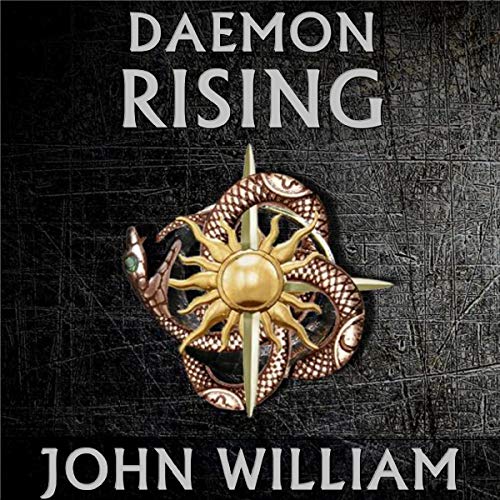 Imlod Nir is a young man caught up in a resurging conflict between primordial forces. Apprenticed to his sister - the self-styled Queen of Earth - in the dark art of necromancy, he hunts the wilds beyond the city of Ramfiram for those who would deny her rule.

But with each passing day he becomes less sure of his role and more unable to cope with his past deeds.

Is he destined to play the pawn in his sister's game until the end, or does fate have something else in store?

Dragan Saedus is a bastard prince who cares nothing for thrones, desiring only glorious battle. As a peerless warrior and famed slayer of supernatural foes, he laughs at danger and answers to no one except his mother: a fanatical witch plotting to crush the West beneath her heel.

Yet as the cost of retaining his dreadful power grows steeper than ever before, the DoomBringer has a decision to make.

Will he stay on the path that shaped him into a living legend, or might he be drawn to another calling?

A Sensational Story that Shouldn't be Missed

Daemon Rising is a sensational fantasy novel that will take its readers on a fast-paced, thrilling, and captivating journey that is guaranteed to keep readers hooked for many hours! Daemon Rising is a thrilling, unforgettable, and incredibly entertaining magic, sword, and sorcery novel that will take its readers on a brilliant journey full of twists and turns galore! The reader in Daemon Rising will meet Imlod Nir, a young and great fighter who stands at his sister’s Galfayan’s side. However, his sister is a witch and necromancer and has power over him, and manipulates Imlod to doing unspeakable things for her. The reader will follow Imlod as he starts to struggle with the things asked of him and what follows next is thrilling and incredible and this book lovers is the short premise of the incredible Daemon Rising!

Daemon Rising is an incredible novel I won’t be able to forget for a long time and this is thanks to the story and all of its thrilling moments that will keep readers on edge from start to finish. The story that unfolds is gripping and is an all-consuming work of excellence. Because of this, I struggled to put the book down. I found myself compelled to read until there was nothing left to read. This is thanks to the thrilling, and exciting story courtesy of the author John William.

John William has managed to write an incredible novel that is full of action, suspense, and mystery. William is a writer who does not hold back; he thrusts his reader into the thick of the drama very early on, and he keeps them turning the pages thanks to his excellent descriptive powers. The author perfectly describes the scenes in his book, as well as his characters, and this correctly places the reader in the thick of the story as the reader can imagine every place and event perfectly.