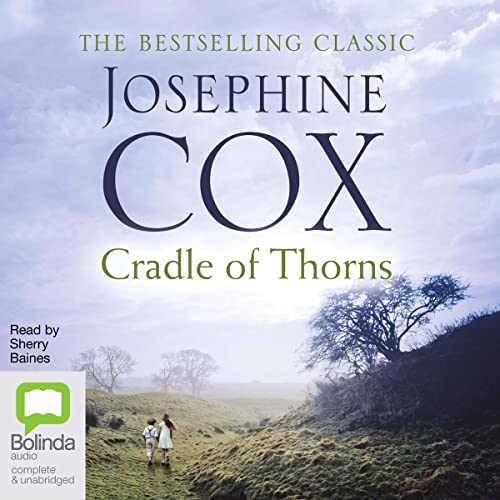 By: Josephine Cox
Narrated by: Sherry Baines
Try for £0.00

Nell Reece has never known her mother, and her father's burden of guilt about his wife has kept him cowed for years, working as a common labourer on his sister's farm.

For all her aunt's spiteful attempts to break Nell's independent spirit, she has never succeeded. But now Nell, pregnant and alone, is forced to leave behind the men in her life, believing she might never be able to return.

With little but the clothes she wears, she travels across the Bedfordshire countryside of 1890. When she encounters a scruffy urchin called Kit, a ten-year-old orphan who's lived his whole life on the streets, she takes him under her wing. The pair become devoted friends, never knowing where their journey will take them, but each aware that the time will come when there must be a reckoning.

What listeners say about Cradle of Thorns