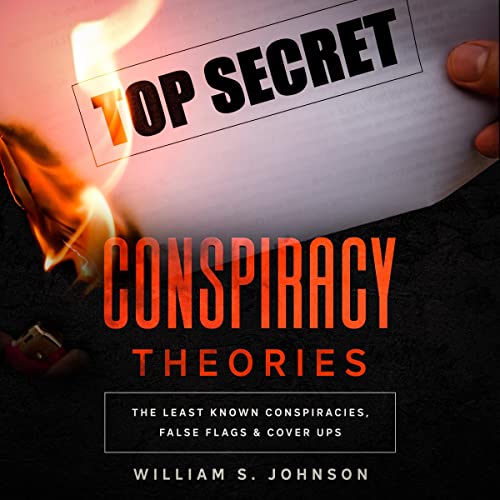 By: William S. Johnson
Narrated by: Scott Zdanis
Try for £0.00

Would you like to learn about conspiracy theories that other people may not have heard of? Have you always felt that there was something in the world that you never fully understood? Are you simply looking to learn more about the world? If you answered yes to any of these questions, then you are going to want to keep reading.

The world is full of secrets and things that have yet to be learned. We can’t imagine that everything we hear on the news and media is completely truthful. Whether things start out as a cover-up for the truth or somebody had the wrong information to begin with, there are a number of things in life that we may not know the entire story about.

This book is about some of those types of things. We will look at deaths, cover-ups, lies, and the just plain odd conspiracy theories from around the world. Whether you are already a conspiracy theory buff or you’re just looking for something interesting to hear, this book can provide you with some amazing information. While there are plenty of people who would scoff at some of these theories, there are plenty of conspiracy theories that have been proven true, such as the US government-poisoned alcohol during Prohibition.

This book isn’t going to take you through the well-known theories. No, we are going to present you with several lesser-known conspiracy theories to expand your mind. In this book, you will learn about:

Some of these conspiracy theories could spark a lot of controversies, while others are brain scratchers. Whether you believe in all of them or just some of them, it doesn’t matter. This book is meant to share several theories with you, and if you choose to believe them, that’s up to you.

If you have an open mind or even a curious one, then this book is likely a good book for you. There are no shortage of conspiracy theories in this book, so if you are interested in the like, then get this book. Don’t wait any longer. Scroll up, buy now, and get started today. Trust me. You won’t regret it.

What listeners say about Conspiracy Theories