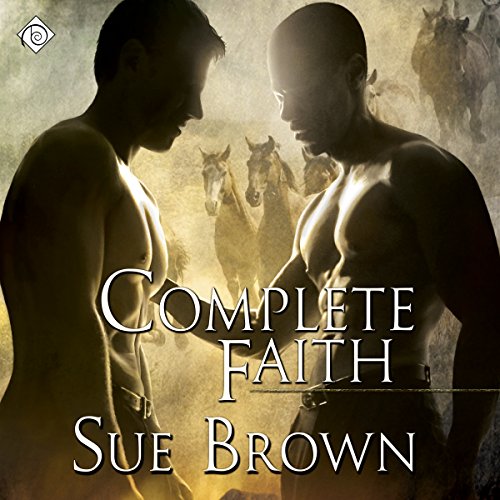 By: Sue Brown
Narrated by: Aaron Pickering
Try for £0.00

For Tommy Bradley, a hand working on the Lost Cow Ranch in rural Texas, admitting his sexuality is impossible, even if his bosses, Luke and Simon, are gay. Tommy has spent his entire life hiding the truth from his homophobic parents. Then Tommy meets pastor Noah Taylor in Luke's father's hospital room, and his difficult secret becomes that much harder to keep.

Noah is unlike any man of God--or any man--Tommy's ever met. For one thing, his congregation is made up primarily of GLBT individuals and their families. For another, he isn't afraid of the attraction he feels toward Tommy, and he makes his intentions very clear. But Noah won't hide his sexuality or his love from the world, and he won't start a relationship with Tommy while Tommy hides his, either. Faced with the choice of losing Noah or coming out to his parents, Tommy takes his first steps out of the closet. But Tommy isn't the only one facing challenges. Thanks to an outpouring of hatred from Pastor Jackson and a group of ranch owners, Noah must cope with the possible loss of his church and his livelihood.

What listeners say about Complete Faith

A hurt / comfort, romance with acceptable and self love!

This is book 2 in the Morning Report series and can be listened to as a standalone.
I loved the setting of the story which was based in a rural branch in Texas.
Tommy struggling with his sexuality was very relatable and poignant.
I liked how Noah was so open and liberal. He really helped Tommy embrace himself and accept himself.

I loved listening to this hurt/comfort, medium angst romance.
The narrator did quite a splendid audio delivery as well

I really enjoyed this 2nd installment of the Morning Report series. Noah and Tommy are adorable. It nice seeing Luke and Simon again as well as the other supporting characters. The couple gets together pretty early on so most of the book is about Tommy coming out, their day to day lives, the homophobic pastor and other town bigots continuing to make trouble for the couple and the ranch. Luke and Simon have some drama, which is continued in a short story called Luke's Present. Overall, worth a credit and I look forward to the next book in audio.

We get to see not only a new relationship but also the rest of the Lost Cow Ranch crew. Noah is a caring man who reaches out to the community. He has built his congregation based on love and acceptance. Tommy finds out he is stronger than he was aware of. I love the way the community repays the love and commitment of both Noah and Tommy but taking control of their spiritual life and not be forced into a corner but other leaders who don't have their best interests at heart.