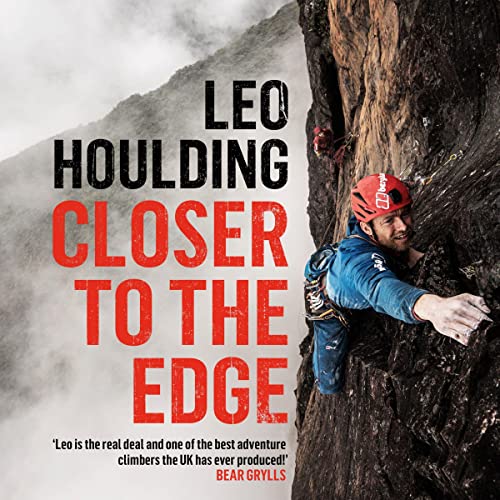 Closer to the Edge

Leo Houlding started climbing at 10 years of age in the Lake District and was the youngest person (and first Briton) to free climb El Capitan in Yosemite National Park in the United States at 18 years, which cemented his reputation. He has since gone on to summit the world's toughest peaks and explore the most extreme places on our planet.

During such explorations he has had to deal with tragedy when close friends and colleagues have been killed or badly injured, and he will discuss how you deal with such loss and carry on. Honest, raw and exhilarating, Closer to the Edge will be a 'warts-and-all' insight into the extreme life of one of Britain's best mountaineer adventurers. What drives him? How does he assess risk and judge what level he'll take himself to be successful, and how does he balance this with teaching his own children the lessons he has learnt in some of the world's most dangerous and extreme places?

What listeners say about Closer to the Edge

Really good book to listen too enjoy every bit of it. Would highly recommend it to anyone

A must read for any climber! Leo shares his tales of adventure in a way that will keep you hooked. He not only describes the the immense expeditions and climbs he's done but delves into the profound effect that it each life event has had on him. Nothing will make you more psyched to go out and explore.

Such an inspiration. Mind blowing stories of thrill seeking advenure. I can't wait for the next book!

Best book I have ever listened too (or read). Truly amazing, it had me on the edge of my seat with sweating palms most of the way through and tears in my ears at others. What a life and an what adventures. So inspirational. Really enjoyed the last chapters about Leo's adventures with his children. Very luck children to have such a legend of a dad. Right now am getting my maps out and planning some adventures...

What an incredible life! such a joy to listen to Leo's epic adventures and hear about the wonderful characters he has hung out with. But also to hear how he started out, with his very liberal parents allowing and encouraging his passion for extreme adventure. And now, how he and his wife Jess are doing the same - and more - for their family. Highly recommended.

As an armchair adventurer I have watched Leo’s career since before the Top Gear segment brought him into general attention. I have enjoyed presentations at the Kendal Mountain Festival over the years featuring the films of expeditions in this book. It was so interesting to hear more of his early journey to climbing. The struggle to stay climbing after injuries. The behind the scene’s story of the films. And very importantly the friendships and close family bonds that mean so much to him. I’m especially pleased that he read his own words. It would not have been the same if he had chosen a narrator instead. There will obviously be more to come from Leo. Long May he continue to mentor young climbers and inspire families along the way.

I found it highly refreshing and open about his approach to risk and fear.

A great listen - would highly recommend!

Engaging account, well read. Highly enjoyable. Read this book if you are wanting some adventure in your life... but struggling to commit to the first step! Looking forward to the next book from Leo Houlding..

Great autobiography. would highly recommend for people into the extreme. Very well read by leo 👌