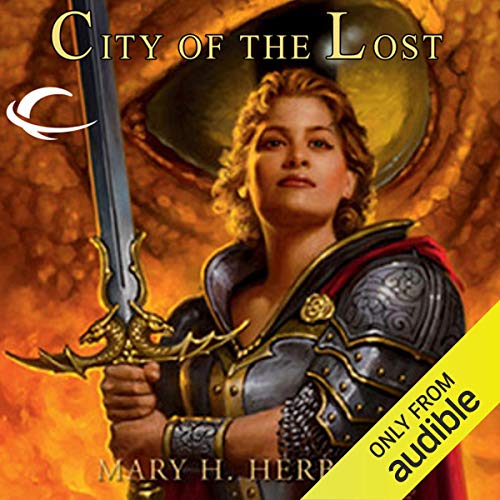 City of the Lost

By: Mary H. Herbert
Narrated by: Hillary Huber
Try for £0.00

The first title in a new trilogy that explores the Dragonlance world after the War of Souls.

City of the Lost centers around the character Linsha Majere, the grandchild of one of the central characters of the entire Dragonlance saga. This new title and trilogy advances the story of the world after the events of the best-selling War of Souls trilogy and also introduces a major new villain.

At a lonely outpost on the edge of the world, two dragon overlords threaten to upset the region's fragile peace. One has entrusted Rose Knight Linsha Majere with a terrible secret. When a magical storm hammers all of Ansalon, the precarious order is shattered, and Linsha must embark on a desperate quest to save the city from the onslaught of an unstoppable enemy.

What listeners say about City of the Lost

City of the Lost

This book surprised me in a very good way. Linsha reminds me so much of her grandmother Tika (a personal favorite character) it makes me smile. Yet don’t let that fool you, she’s a Knight of the Rose through and through. The story was fun and engaging. I’ve already bought the sequels. Post War of Souls (or in this case it seems to be running parallel to the war) has been my all time favourites.