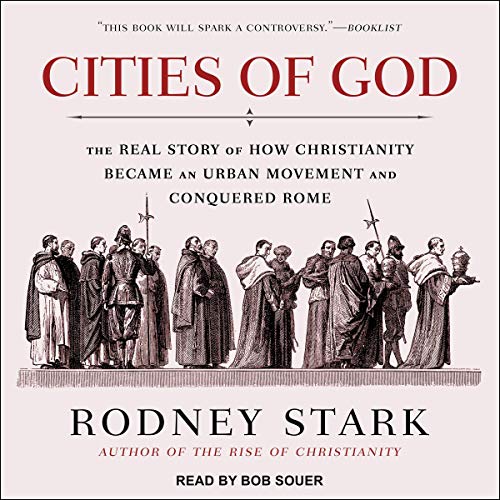 How did the preaching of a peasant carpenter from Galilee spark a movement that would grow to include over two billion followers? Who listened to this "good news," and who ignored it? Where did Christianity spread, and how? Based on quantitative data and the latest scholarship, preeminent scholar and journalist Rodney Stark presents new and startling information about the rise of the early church, overturning many prevailing views of how Christianity grew through time to become the largest religion in the world.

Drawing on both archaeological and historical evidence, Stark is able to provide hard statistical evidence on the religious life of the Roman Empire to discover the facts that set conventional history on its head.

By analyzing concrete data, Stark is able to challenge the conventional wisdom about early Christianity offering the clearest picture ever of how this religion grew from its humble beginnings into the faith of more than one-third of the earth's population.

What listeners say about Cities of God

Stark's work continues to build a strong case, based on quantitative data, for re-examining established myths about the rise and early history of Christianity. He shows how Christianity spread in cities and among the more affluent rather than among the rural poor; Paul's work was primarily among diaspora Hellenic Jews rather than gentiles; polytheism was not tolerant in this period nor monotheism intolerant; Constantine favored a peaceful pluralism and did not try to suppress paganism (whereas Julian was an anti-Christian repressive fanatic), etc. Church Fathers engaged the question of the similarities between Christianity and pagan myths (e.g., Isis) that anti-Christian writers like James Frazer (Golden Bough), centuries later, seized on as gotcha evidence of the former's unoriginality.

On the contrary, the commonalities showed how God gave us all the capacity to discover him. Stark explores this theme in another book, "Discovering God: The Origins of the Great Religions and the Evolution of Belief." But the difference between pagan religions or cults and Christianity are crucial. As in the case of Gnostic heresies, the non-Christian cults were ahistorical myths, unanchored in time or place, but the Judeo-Christian story was one of an historically and geographically particular people developing its relation with God over centuries, a God who progressively revealed himself "at sundry times and in divers places" as the people were ready to receive and understand (something like Star Trek's "prime directive"!).

Another excellent work by Stark

A little dry and academic in spots; but on the whole, an outstanding work.