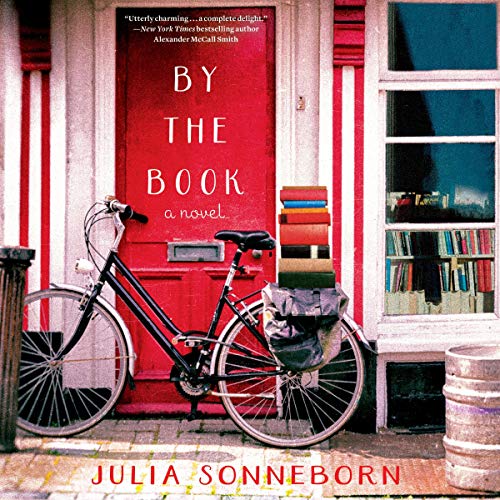 By: Julia Sonneborn
Narrated by: Amy McFadden
Try for £0.00

An English professor struggling for tenure discovers that her ex-fiancé has just become the president of her college - and her new boss - in this whip-smart modern retelling of Jane Austen's classic Persuasion.

Anne Corey is about to get schooled.

An English professor in California, she's determined to score a position on the coveted tenure track at her college. All she's got to do is get a book deal, snag a promotion, and boom! She's in. But then Adam Martinez - her first love and ex-fiancé - shows up as the college's new president.

Anne should be able to keep herself distracted. After all, she's got a book to write, an aging father to take care of, and a new romance developing with the college's insanely hot writer-in-residence. But no matter where she turns, there's Adam, as smart and sexy as ever. As the school year advances and her long-buried feelings begin to resurface, Anne begins to wonder whether she just might get a second chance at love.

Funny, smart, and full of heart, this modern ode to Jane Austen's classic explores what happens when we run into the demons of our past...and when they turn out not to be so bad, after all.

What listeners say about By the Book

I purchased this audiobook because it was billed as a modern retelling of Jane Austen’s Persuasion. Nope. The book has only a glancing and superficial nod to Austen’s Persuasion. I noticed on Amazon that many of those who rated this book highly said they had never read Persuasion.... perhaps my familiarity with the original novel made me like this book even less than I otherwise might have. There was little of the actual relationship between the couple who ended up together in the book. The main character Anne is annoying, and made even more so in the audiobook by a whiny delivery. Also, the author needs to do better background research on the medical parts. In fairness, there are some laugh out loud funny moments and good dialog.

From summary, it seemed as though it had potential.

I, however, couldn’t wait for it to just be over. The narrator’s voice for the main character was hysterical and annoying, and the accents for other characters were just awful. The story itself had potential but seemed to be just fluff in the end. It might have been better with a less dramatic narration though.

I feel like a modern version of Persuasion could have been done so much better. Really it was a mixture of Persuasion and Pride and Prejudice, and I would have preferred she pick a lane. The reader was not awful, but she kept mispronouncing authors names, like Bronte. it drove me mad! If you are going to read a story about a literature professor learn how to properly say the names.

not my cup of tea

reads like a lifetime movie of the week. completely predictable and sing facetted characters.

I really wanted to like this book. I am in the academic field and was looking forward to reading about a character in that environment. The protagonist is portrayed like a ditz who can't get to her class on time to teach. Her internal monologue about her students is very judgemental. She seemed like a caricature at best. If she was some quirky character who showed some growth then I could have tolerated it. The whole cast of characters seemed one dimensional. The ending was exactly how I imagined it would be.

Stereotypical characters with single layer personalities, no interesting or realistic complexities. Lead Character, Anne, Is a lovestruck romantic that seems extremely immature especially for a thirty-something college professor that graduated from Princeton. Another character, who also graduated from Princeton, is stereotyped as a dumb actor who doesn’t know what a governesses or how to spell simple words. How did a graduate of Princeton turn out to be so dumb? Doesn’t seem very likely.

The narrator’s performance is OK. However, I found it odd that a character who grew up in California had a slight foreign accent.

This book is purportedly a retelling of Jane Austen's "Persuasion," but never having read that, all I can tell you is it's great fun. There are some quirky characters in the story (I absolutely loved Larry) and our relatable heroine is the conductor on the hot mess express. You'll definitely find yourself rooting for true love to triumph in the end. The narration is great and the pace is good. I never found myself losing interest or wanting any part of the story to hurry along. Definitely not a deep thinker, but it was great entertainment on a long drive! Highly recommend!

loved it! loved that it combined a love story with a story about education, writing, and publishing.

Dull, trite and painfully predictable. Ridiculous amount of unnecessary detail. Could have been much shorter. Narration was dreadful and her voice was nasally and annoying.