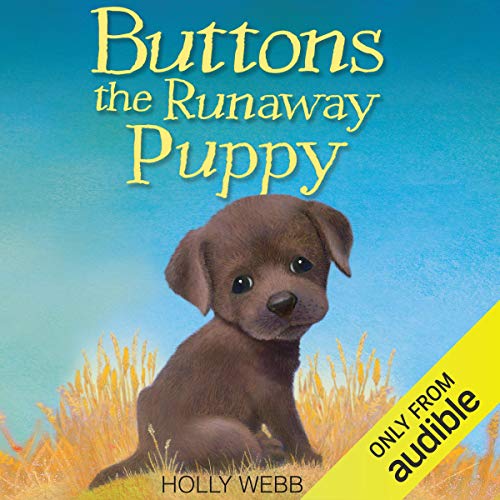 By: Holly Webb
Narrated by: Phyllida Nash
Try for £0.00

Sophie often sees old Mr Jenkins walking his Labrador puppy, Buttons, and wishes she could have a dog of her own just like her. Buttons loves the outdoors and is always running off even though she knows she shouldn’t. Then one day, Sophie sees Buttons climb out of the window. She thinks she’s running away again, but Buttons isn’t playing around this time - something at home is very wrong. But how can she let Sophie know...?

What listeners say about Buttons the Runaway Puppy

Such a sweet audio book! My children were simply delightful!! the narrator was pleasant to listen to as well.

I ❤️ this book

Holly web is a great Arthur for young kids about 8-12. If you are like me a dog person you will love her books you can start by reading this one hope you will enjoy. I also read Sam the stolen puppy and thought it was great I hope this review helped you find a book to read thanks for reading my review.