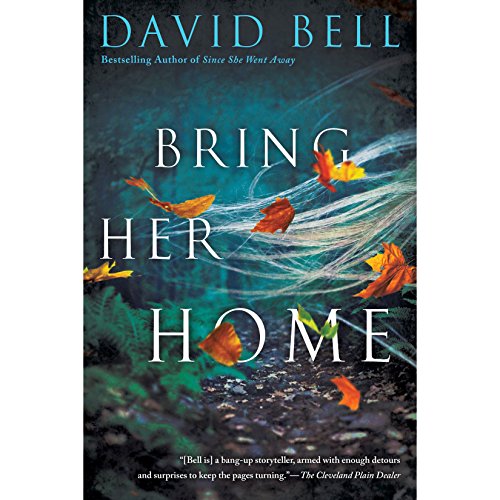 By: David Bell
Narrated by: Jon Lindstrom
Try for £0.00

In the breathtaking new thriller from David Bell, best-selling author of Since She Went Away and Somebody I Used to Know, the fate of two missing teenage girls becomes a father's worst nightmare....

Just a year and a half after the tragic death of his wife, Bill Price's 15-year-old daughter, Summer, and her best friend, Haley, disappear. Days later, the girls are found in a city park. Haley is dead at the scene while Summer is left beaten beyond recognition and clinging to life.

As Bill holds vigil over Summer's bandaged body, the only sound the unconscious girl can make is one cryptic and chilling word: no. And the more time Bill spends with Summer, the more he wonders what happened to her. Or if the injured girl in the hospital bed is really his daughter at all.

When troubling new questions about Summer's life surface, Bill is not prepared for the aftershocks. He'll soon discover that both the living and the dead have secrets. And that searching for the truth will tear open old wounds that pierce straight to the heart of his family.

“A tense and twisty suspense novel about the dark secrets that lie buried within a community and a father who can save his daughter only by uncovering them. Will leave parents wondering just how well they truly know their children.” (Hester Young, author of The Gates of Evangeline and The Shimmering Road)

“In David Bell’s riveting Bring Her Home, the unthinkable is only the beginning. From there, the story races through stunning twists all the way to its revelation, without letting its heart fall away in the action. Intense, emotional, and deeply satisfying. This one will keep you up late into the night. Don't miss it!" (Jamie Mason, author of Three Graves Full and Monday’s Lie)

“A gripping, immersive tour-de-force full of twists and turns. Bring Her Home kept me flipping the pages late into the night. Don’t expect to sleep until you’ve finished reading this book. I could not put it down!” (A. J. Banner, best-selling author of The Good Neighbor and The Twilight Wife)

What listeners say about Bring Her Home

Bring this to an end!

This book was much, much too long. The story could have been told in half the time. Overall, very disappointed. The reader was excellent and, overall, the plot was solid.

Slow Burner, Worth the Listen


At first the story was kind of slow, building up on its points. There was a moment about a quarter into the book that drew me in to thinking that this is a really wonderful and brilliant set up. The story was very well crafted, although I have my own personal reserves as to what should happen to the antagonist call mom but nonetheless satisfying.

We got her voice is this also has a very sexy voice that reminds me of lumber and chocolate. I am gay but goddamn dude I think I’ve listen to you read before you have such a brilliant voice

Two battered teenagers were found in the woods. One dead. One in a coma. Bill, relieved that Summer didn't suffer the same fate as her best friend Haley, wants the perpetrators caught. Then another teen is revealed to be missing. Suddenly everyone is suspect and Bill is ready to beat the answers out if anyone who may know something.

BRING HER HOME started off slowly with an obvious plot twist that I hoped wasn't the end of the story. Fortunately, after that non-mystery was revealed a third of the way into the book, David Bell had me hooked. I NEEDED to know the fate of the girls.

Bill isn't the most likable guy, but he is sympathetic. Still reeling from his wife's accidental death eighteen months earlier, he can't lose Summer too. He continually allowed emotion to thwart his efforts for answers, but who knows how anyone would react in such a situation.

I've read several of Bell's previous novels, and BRING HER HOME is my favorite. I loved the multidimensional layers of resolution to the mysteries and the surprises about who did what and why.

I wish Bell had made the first section less obvious, the book blurb didn't help. Still, I strongly recommend BRING HER HOME for mystery lovers.

This book, while basic in context, was well written and narrated. Jon always does a fantastic job! This is the first book I’ve listened to by David Bell. I found the plot, twists, and resolution to be engaging.

This was the second book I’ve listened to by this author. The Hiding Place was good but this book was way better. So many twists in this book. The actual crimes was a little bit of a let down. Seems like it was built up and was explained kind of like it was nothing but the story itself was so good you didn’t want to shut your car off.