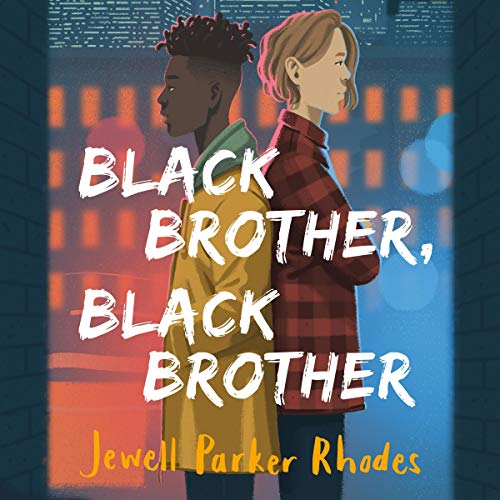 By: Jewell Parker Rhodes
Narrated by: Barrie Buckner
Try for £0.00

A powerful coming-of-age story about two brothers - one who presents as white, the other as Black - and the ways they are forced to navigate a world that doesn't treat them equally.

Donte wishes he were invisible. As one of the few Black boys at his school, he feels as if he is constantly swimming in whiteness. Most of the students don't look like him. They don't like him either. Dubbed the 'Black Brother', Donte's teachers and classmates make it clear they wish he were more like his lighter skinned brother, Dre.

When an incident with a white student leads to Donte's arrest and suspension, he's sure the only way to get even is to beat the student at the school's most valued game: fencing.

With the help of a former Olympic fencer, Donte embarks on a journey to carve out a spot on the school's fencing team and to find a way to make people at school see past the colour of his skin to who he really is.

From NYT best-selling author Jewell Parker Rhodes, another poignant and gripping story about how children and families face the complexities of race and racism in today's world.

loved it! Great storyline and is very well narrated. Glad I chose this book

Another excellent read by this talented author. Enjoyable from start to finish. I recommend it!