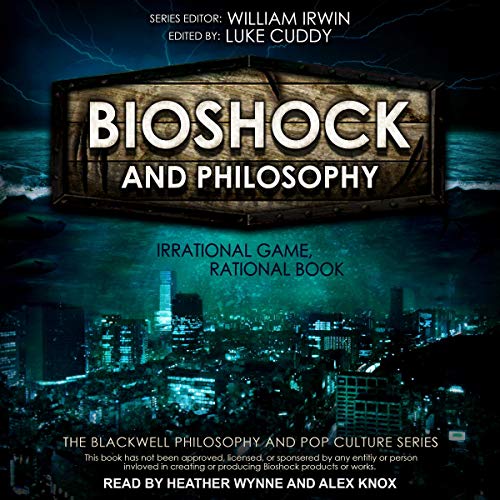 Considered a sign of the "coming of age" of video games as an artistic medium, the award-winning BioShock franchise covers vast philosophical ground. BioShock and Philosophy: Irrational Game, Rational Book presents expert reflections by philosophers (and BioShock connoisseurs) on this critically acclaimed and immersive fan favorite.

What listeners say about BioShock and Philosophy

This book isn't what you think. Its a deep dive into the philosophical questions Bioshock gives the player.
very interesting read but can easily go in one ear and out the other if you aren't paying attention.

Come for the Bioshock, stay for Alex's breathing

The subject matter and the breakdown of philosophy in this book are great, but (breathes in) the narrator constantly breathing in between sentences was pretty distracting.

For anyone who wants to understand Bioshock

This book went beyond Rand's influence on the Bioshock series and touched on many forms of philosophy, government, and the charactere.