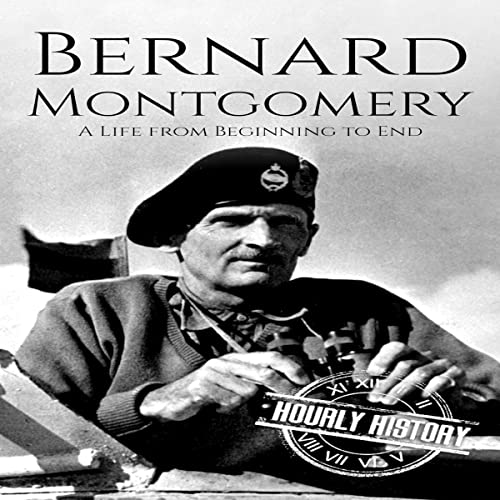 Bernard Montgomery, “the Spartan General”, was one of the giants of World War II. He was a field marshal, as well as an entirely powerful personality, who shaped much of how that aforementioned cataclysmic conflict turned out. If it weren’t for Montgomery’s steady hand in North Africa, for example, it would have been much harder for the Allies to prevail.

Montgomery was born the humble son of a minister. As he matured, he grew increasingly bold and confident in his own abilities. He realized he was a natural leader of men—and others quickly came to realize it as well. Soon it was Bernard Montgomery—or “Monty” as his friends called him—who was in command. Here, in this book, you will learn all about Bernard Montgomery’s life and lasting legacy.

Discover a plethora of topics such as:

So if you want a concise and informative book on Bernard Montgomery, simply scroll up and click the "Buy Now" button for instant access!

What listeners say about Bernard Montgomery

Short version for sure

Seemed to breeze over some important WW2 tank battles that made Monty the great Field Marshall he was.