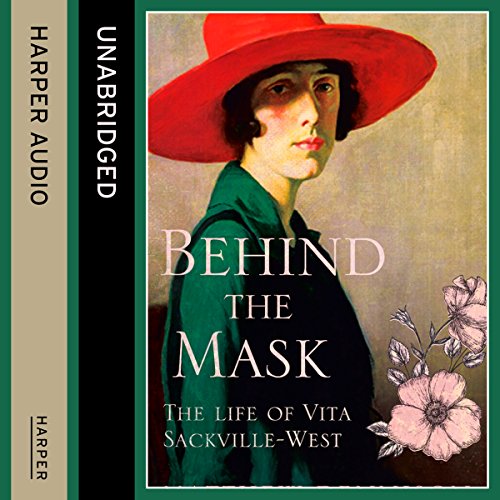 Behind the Mask: The Life of Vita Sackville-West

By: Matthew Dennison
Narrated by: Robbie MacNab
Try for £0.00

Aristocrat, literary celebrity, ‘Rose Queen', devoted wife, lesbian, recluse, iconoclast - Vita Sackville-West was many things, but she was never straightforward. Her life is retold here in a dazzling new biography.

In this stunning portrait of Vita Sackville-West, Matthew Dennison traces the triumph and contradictions of Vita's extraordinary life. His narrative charts a fascinating course from Vita's lonely childhood at Knole, through her affectionate but ‘open' marriage to Harold Nicolson (during which both husband and wife energetically pursued homosexual affairs, Vita most famously with Virginia Woolf), and through Vita's literary successes and disappointments, to the famous gardens the couple created at Sissinghurst.

The book tells how, from her privileged world of the aristocracy, Sackville-West brought her penchant for costume, play-acting and rebellion to the artistic vanguard of modern Britain.

Dennison is the acclaimed author of many books including a biography of Queen Victoria. Here, in the first biography to be written of Vita for 30 years, he reveals the whole story and gets behind ‘the beautiful mask' of Vita's public achievements to reveal an often troubled persona which heroically resisted compromise on every level. Drawing on wide-ranging sources and the extensive letters that sustained her marriage, this is a compelling story of love, loss, and jealousy, of high-life and low points, of binding affection and illicit passion - a portrait of an extraordinary, 20th-century life.

"Sometimes caustic about her stubbornness and passions, often admiring of her frankness and honesty, Dennison's Queen Victoria sweeps us through the monarch's long and colourful life at a collected canter. He draws on imagery of her reign, including portraits of her with John Brown, to startlingly good effect, making us see with new eyes the lone young queen, later the Widow of Windsor and, in a final role, Grandmama of Europe" (Flora Fraser)
"Matthew Dennison has pulled off a tremendous coup in writing a short and concise book, encapsulating Victoria's life in 152 small pages. Short books can sometimes be superficial overviews, but this one has the confidence of considerable research, well digested and well delivered… For anyone approaching Queen Victoria for the first time, this is perfect" (Hugo Vickers, Times)
"This illuminating book gives us Victoria in deliberately bite-sized chunks … Dennison's dry wit and concise analysis bring new life to a monarch we all thought we knew" (Daily Express)

What listeners say about Behind the Mask: The Life of Vita Sackville-West

Satisfies a curiosity about the subject...

If there is an existing interest in this era, class and the subject's relationships and garden then worth the read, well written and read.

A frustratingly sententious and prurient account of Vita Sackville-West's life that seems to have been written principally to scold its subject. It is particularly tone-deaf in its discussion of Sackville-West's gender-non-conformity and non-monogamy, the former being dismissed as a form of play-acting, the latter as a pathologically narcissistic response to her parents' dysfunctional marriage. Given his apparent hostility to Sackville-West as a person and his disinterest in her writing (which goes virtually undiscussed) one is left wondering why Dennison bothered to write the biography at all...

Not the best choice of narrator. Quite why a male was chosen to narrate the life of Vita Sackville-West I cannot imagine. The style is also devoid of consideration to content which is disappointing.