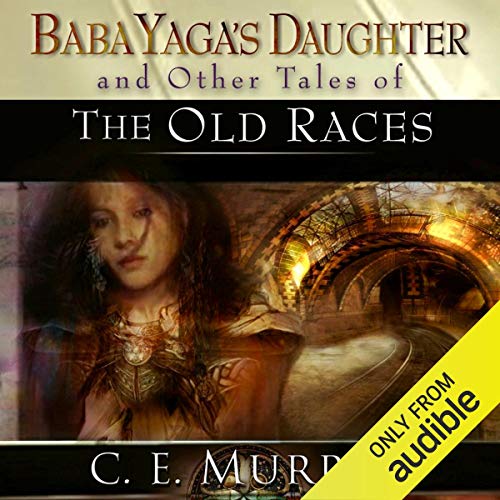 Baba Yaga's Daughter and Other Stories of the Old Races

Ancient rivals, worst of friends, best of enemies: dragonlord Janx and master vampire Eliseo Daisani are the threads upon which a tapestry of lives and loves are woven across the centuries. From the coldest Russian nights to the heat of Chicago's greatest fire, nothing brings the immortal adversaries together - or tears them apart - like a woman.

And there is always a woman.

Vanessa Grey has been at Daisani's side for decades, but the secrets borne by a witch may be her undoing. Baba Yaga's daughter has plots that are decades in the hatching, but they may only succeed if Margrit Knight, named "the Negotiator" by Daisani and Janx themselves, will work with her. And there are others: the deadliest vampire hunter mankind has ever known, and a woman for whom the Old Races are a wonder to walk away from.

Revisit C. E. Murphy's world of the Old Races with 10 stories that delve into the past and future of the two most beloved characters from her urban fantasy trilogy The Negotiator!

enchanted tale that has been skilfully read

Would you listen to Baba Yaga's Daughter and Other Stories of the Old Races again? Why?

The plot is not straight forward at all but several stories spun together in a delightful mix.
Many parts to the story stretch over different continents and many generations. In it Murphy writes of truths, half-truths, folklore and legions.
I liked how she wrote the female characters with strong leads and they were both brave and fearful. Not meek or in any way subservient, which is often the case in some old fashioned tales.

The two main male characters, the dragonlord Janx and the dashing vampire Eliseo Daisani are both powerful in their own rights and make an uneasy friendship. However both of them are never without a woman in their lives to complete or complicate them.
Being a child still at heart, I loved the witches best, Baba Yaga, and her chicken leg hut that could not cross running water and the daughter who had no name. Anna gave Russian inflections to their lines as she read them, and made them seam formidable pair, I certainly would not like to meet Baba Yaga in the dark

Have you listened to any of Anna Parker-Naples’s other performances? How does this one compare?

Anna wide range of voices forced me to stop listening at one point and to check there was indeed only one narrator. How she jumped from a Russian voice to an American in the same paragraph was mesmerising.

Along with vampires, there is an interesting an skilfully written female vampire hunter. I felt a bit like I was exploring a secret world. I was transfixed by the dragons who could take on the form of humans alongside tales of gargoyles and silkies.

Not only were all the magical creatures in this story beautifully written, but also humans characters, who’s lives became intertwined with the old races intriguing and fairy like way.
There were interesting settings, old fashioned speakeasy’s to modern day settings.
This is an enchanted tale, but I am glad I listened to it rather than reading it as its dripped though with long and tasty descriptions, and having them read out to you gives you more of a chance to absorb and admire them.
This is the first time I have come across Murphy’s writing and I would really look forward to reading/listening to some more of her fantastic written work.
A magical listen, Anna has a skilful reading of the wonderful characters was both relaxing and hugely enjoyable. I am looking forward to listening to other Audiobook’s that Anna has narrated. Especially looking forward to her upcoming reading of the Audiobook, ‘Garden.’

I really wanted to finish this book, but the narrator's voice got to be so annoying, especially when she was trying to fake a chinese accent. Gahhh!!

Was disappointed due to the fact that the reader Sounded like a robot.couldn’t listen to it.

OMG I love this so much! Please tell me there's more of this bg universe!