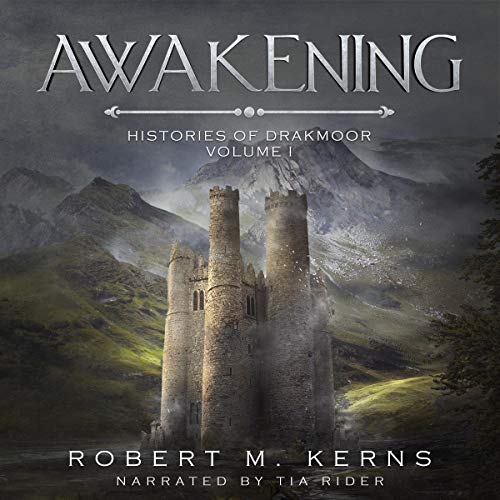 His mind raced...as he lay in the alley.

Why was he there?

Gavin knew two things - his name and he was wearing a tunic and pants. From beyond the alley, hustling city sounds were unfamiliar. The warmth of the sun on his neck and its position in the sky suggests it was mid-morning.

The first choice he made, turning out of the alley, would change his fate.

Marcus has led a full life, but he was sick of it. Six thousand years of magic, mayhem, and fighting other people’s wars has worn him out. Why wouldn’t people just leave him alone?

At least the Society of the Arcane allowed him to do his job withing asking a bunch of tedious questions. Maybe lunch with his friend Ovir, the Priest, would make the day slightly less miserable?

Gavin wasn’t sure where he was going.

Was he searching for something?

The slavers he found were certainly looking for him. Surrounded and outnumbered six to one, he didn’t have a weapon. Out of desperation, instinct took over.

Marcus sensed the burst and saw the men fall.

How had the boy done that?

Perhaps today wasn’t going to be so dreadful after all?

You’ll love this epic fantasy series, because the journey Gavin and Marcus take will keep you listening until long after bedtime.

What listeners say about Awakening

I loved every bit of it

Story told at a good pace at the same time not trying to complicate the story line.

I have read all the books so far and really love the story line. The author builds a story that takes along with the characters. The MC develops nicely although he still has a sense humour. I enjoyed the way the author builds the side characters.
Well done! 5*****

Where did this guy come from? Smart like a lawyer, powerful like a volcano and a good Samaritan in spite of the killings. I'll buy the next book but I'm hoping it does not take long to produce.

If this story had a beard, it would be a Van Dyke.

Highly recommended, worth the credit.

I enjoyed this book. The world building is really engrossing and the characters are very well done. The narration is easy to follow and I’m looking forward to the next book.

Things happen "because plot" that make no sense or throws any idea of character proficiency out the window.

when is the other books coming out

well I am waiting for the other three books to be put on audible... this is a very interesting series and I do recommend listening . when is the next book.. it's taking too long. lol

I cant go into specifics without spoilers but some thing happen for no obvious reason but to move the story along. These things happen even when they contradict things said previously. Sadly the contradictions continued in the sequel.